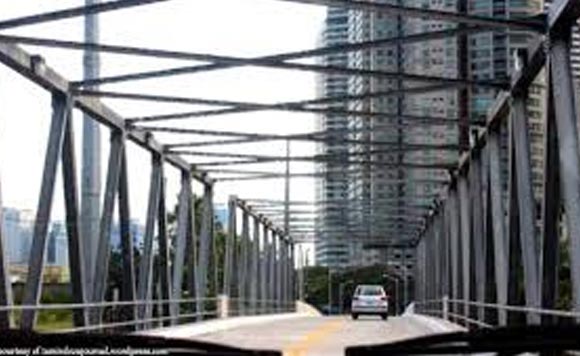 0 385
Share
Want more POLITIKO News? Get the latest newsfeed here. We publish dozens and dozens of politics-only news stories every hour. Click here to get to know more about your politiko - from trivial to crucial. it's our commitment to tell their stories. We follow your favorite POLITIKO like they are rockstars. If you are the politiko, always remember, your side is always our story. Read more. Find out more. Get the latest news here before it spreads on social media. Follow and bookmark this link. https://goo.gl/SvY8Kr

Senator Grace Poe on Tuesay said the selection of a previously banned Chinese contractor and the cost and the length of time of construction of the Rockwell Bridge are “recipes for anomalies” to happen.

She filed on Monday Senate Resolution No. 984 seeking an inquiry into the merits of replacing the 673-meter bridge which is a “perfectly-working bridge” to be constructed by an appointed tainted Chinese construction firm amid concerns that such will not bring relief to motorists.

“The government should ensure that the interest of the public, first and foremost, is safeguarded and protected,” said Poe, chairperson of the Senate Committee on Public Services.

She said the government “should exercise due diligence, conduct viability studies and exhaust all possible alternatives prior to the development of any infrastructure project that will paralyze traffic and business in high-density areas.”

Poe noted that China Communications and Construction Corp., the project’s contractor, was banned by the World Bank in 2009 for bid-rigging, bribery and corruption in relation to projects funded by the multilateral lender.

The company was also involved in massive land reclamation and dredging activities in the disputed areas in West Philippine Sea.

Poe said it was unclear how the proposed widening to a four-lane bridge will increase the road network capacity when the end of the bridge in Mandaluyong side lands on a two-lane street.

The bridge connecting Estrella Street in Makati and Pantaleon Street in Mandaluyong was supposed to be closed in September 2018 but the government deferred the plan to give way to the Christmas rush.

The bridge’s closure will push through on January 19 to pave the way for the dismantling of the bridge and the construction of a wider lane bridge.

“There is a need to closely scrutinize the plan of our government agencies with respect to public infrastructure to give due consideration to the motorists and residents in the affected areas,” Poe said.

Poe raised her “strong objection” to the project, saying the 30-month closure starting on January 19 was too lengthy, especially as regards the impact it would cause to the already congested traffic conditions in the metro.

Although the P1.2 billion project was a grant from the Chinese government, Poe cast doubts on it, saying she does not believe in any gift “with no strings attached.”

She believes that the Philippines may be used as a reference for the tainted Chinese contractor to regain its reputation. Poe also said that the government should closely look into the Chinese workers that will be employed once the project commences.