‘Di siya ang siga! Erap kicked out of Ateneo for standing up to bully- historian 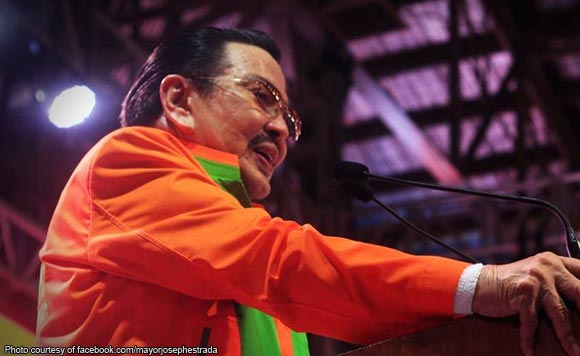 0 773
80
Want more POLITIKO News? Get the latest newsfeed here. We publish dozens and dozens of politics-only news stories every hour. Click here to get to know more about your politiko - from trivial to crucial. it's our commitment to tell their stories. We follow your favorite POLITIKO like they are rockstars. If you are the politiko, always remember, your side is always our story. Read more. Find out more. Get the latest news here before it spreads on social media. Follow and bookmark this link. https://goo.gl/SvY8Kr

Contrary to popular belief, former President and now Manila mayor Joseph Estrada was not expelled from Ateneo De Manila University high school (AHS) because he was a bully.

Historian Ambeth Ocampo set the record straight on why Estrada was kicked out of the AHS after bullying became a hot topic again due to an AHS bully caught on video hurting his classmates.

In his December 28 column for the Philippine Daily Inquirer, Ocampo said Estrada had clarified the reason for his expulsion when he spoke at the 1998 AHS alumni reunion.

Estrada explained: “My offense was fighting a burly American classmate who was bullying another classmate much smaller than he. I told him to pick on someone his size, and he took up my challenge.”

Ocampo said the former President stood up to the American student Patrick Hilton, who bullied their classmate Mario Tiaoqui.

“Erap did not say who won the fight, but both of them were dismissed from Ateneo,” he said.

In his homecoming speech, Estrada said he was “proud to be expelled” because it strengthened his resolve in fighting for the underdog in movies and politics.