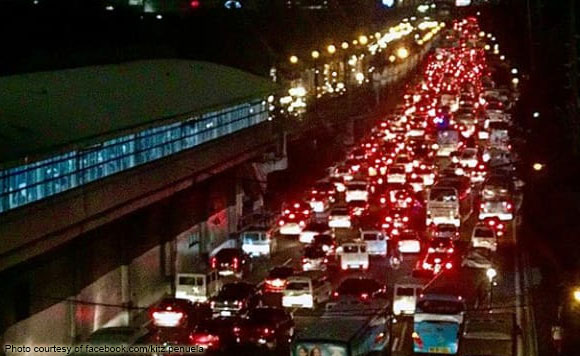 0 316
Share
Want more POLITIKO News? Get the latest newsfeed here. We publish dozens and dozens of politics-only news stories every hour. Click here to get to know more about your politiko - from trivial to crucial. it's our commitment to tell their stories. We follow your favorite POLITIKO like they are rockstars. If you are the politiko, always remember, your side is always our story. Read more. Find out more. Get the latest news here before it spreads on social media. Follow and bookmark this link. https://goo.gl/SvY8Kr

MMDA spokesperson Celine Pialago said the “road diet” involves making the lanes along EDSA narrower so more vehicles can pass through. From a width of 3.4 meters, she said the lanes could be whittled down to 2.8 meters.

Pialago said a study by the World Resources Institute in Japan showed that a lane width of 2.8 meters can suffice for a lane where vehicles have a speed limit of 60 kilometers per hour.

The MMDA has passed the “road diet” proposal to the Department of Public Works and Highways (DPWH). Should it be approved, the DPWH will be in charge of repainting EDSA’s lanes from four to six.

Around 6,000 more vehicles can pass through EDSA if the lanes are narrowed down, Pialago said.