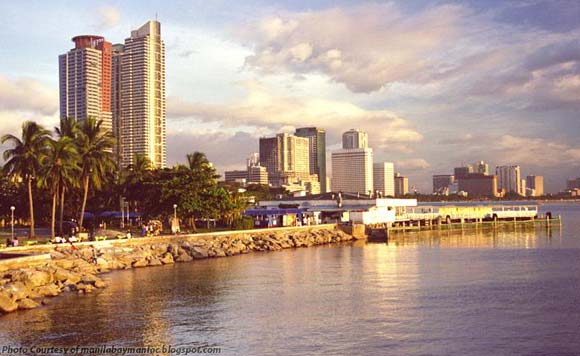 0 577
Share
Want more POLITIKO News? Get the latest newsfeed here. We publish dozens and dozens of politics-only news stories every hour. Click here to get to know more about your politiko - from trivial to crucial. it's our commitment to tell their stories. We follow your favorite POLITIKO like they are rockstars. If you are the politiko, always remember, your side is always our story. Read more. Find out more. Get the latest news here before it spreads on social media. Follow and bookmark this link. https://goo.gl/SvY8Kr

The Department of Environment and Natural Resources (DENR) will further intensify the crackdown on pollution in Manila Bay starting next year as ordered by the Supreme Court (SC) 10 years ago.

DENR is scheduled to meet next month with stakeholders to discuss measures to reduce the volume of indiscriminately disposed garbage in areas along Manila Bay including untreated discharges from informal settlements that eventually flow into and raise the level of coliform bacteria there.

“The objective is to bring down coliform level in Manila Bay,” DENR Sec. Roy Cimatu said at a press conference in Quezon City.

Coliform level in Manila Bay already surged to over 300 million most probable number per 100 milliliters (mpn/100 ml) or three times the safety level.

“Manila Bay is unfit for swimming at present,” he said.

Cimatu targets lowering the coliform level in Manila Bay to an even safer level of less than 100 mpn/100 ml so its water can be truly fit again for swimming and other forms of recreation.

Pollution in Manila Bay is mainly attributed to land-based human activities including discharge of municipal, industrial and agricultural wastes aside from land runoff.

In 2008, the SC ordered DENR and other agencies to clean up, rehabilitate and preserve Manila Bay so its waters can be fit for contact recreation.

The planned crackdown against pollution in Manila Bay is in accordance with such order.

Along the bay are coastal areas in Metro Manila as well as in Bataan, Pampanga, Bulacan and Cavite provinces.

Cimatu said DENR would use some of its funds to help rehabilitate Manila Bay.

“We have fines paid for violation of environmental laws, so we’ll try to find out if these can be used for the rehabilitation,” he said.

He expected the plan’s implementation to result in a cleaner, less coliform-tainted Manila Bay by Christmas next year.

“I’m very optimistic this can be done so I hope everyone will join us in this endeavor and hand over Manila Bay to the next generation,” he added. (PNA)