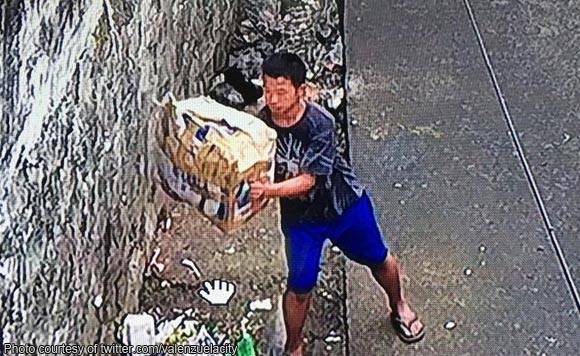 0 1,617
Share
Want more POLITIKO News? Get the latest newsfeed here. We publish dozens and dozens of politics-only news stories every hour. Click here to get to know more about your politiko - from trivial to crucial. it's our commitment to tell their stories. We follow your favorite POLITIKO like they are rockstars. If you are the politiko, always remember, your side is always our story. Read more. Find out more. Get the latest news here before it spreads on social media. Follow and bookmark this link. https://goo.gl/SvY8Kr

The city government of Valenzuela has begun a shame campaign against residents who indiscriminately throw their trash anywhere to reduce the unsightly amount of garbage on the streets.

The local government has been posting images of indiscriminate garbage throwers on its Twitter account, @valenzuelacity, so they will think twice before doing it again.

The photos of the violators come from closed circuit television cameras installed along the streets.

Twitter posts about violators of the city ordinance on proper waste disposal contain details about the violation such as the area where they were caught and the time.

The City Waste Management Office will be in charge of issuing a violation ticket to the violator once he or she has been identified.