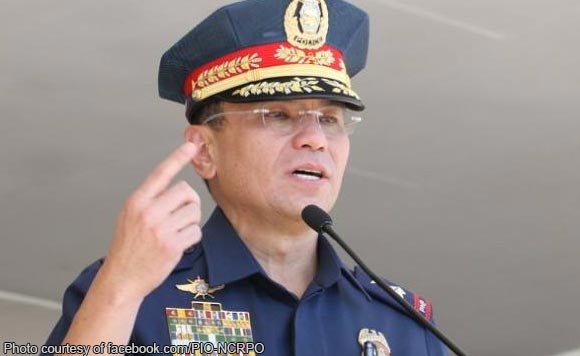 0 1,626
Share
Want more POLITIKO News? Get the latest newsfeed here. We publish dozens and dozens of politics-only news stories every hour. Click here to get to know more about your politiko - from trivial to crucial. it's our commitment to tell their stories. We follow your favorite POLITIKO like they are rockstars. If you are the politiko, always remember, your side is always our story. Read more. Find out more. Get the latest news here before it spreads on social media. Follow and bookmark this link. https://goo.gl/SvY8Kr

“The NCRPO, on our initiative, secured copies of the four warrants of arrest for Sen. Trillanes, pertaining to four counts of libel in Regional Trial Court Branch 54 in Davao City, so that we may be on top of the case and its details,” Eleazar said in a statement sent to reporters.

Eleazar said police personnel already coordinated with the Senate’s Sergeant-at-Arms to know Trillanes’ whereabouts, although as per the communication sent by the senator, they will settle things by Monday, December 10.

“In his media statement, Sen. Trillanes also said that he is willing to turn himself in on Monday, so he can post bail. As such, we shall be coordinating with the office of the Senate Sergeant-at-Arms on this matter. If the Senator wishes to turn himself to us, then we will get him from the Senate,” the NCRPO chief said.

Eleazer said Trillanes is invoking his constitutional privilege to being arrest-free while Congress is in session.

“The provision in the Philippine Constitution that the Senator invokes is found in Article VI, Section 11, 1987, that is: ‘A Senator or Member of the House of Representatives shall, in all offenses punishable by not more than six years imprisonment, be privileged from arrest while the Congress is in session,'” Eleazar said.

“In this regard, our legal office at the NCRPO says that we have to abide by the Constitution,” he added.

The court ordered law enforcement authorities to arrest Trillanes within 10 days after they receive the order, which was dated December 7.

It was learned that on Thursday, the City Prosecution Office filed a motion asking the court to issue a hold departure order on Trillanes to prevent the senator from leaving the country.

The prosecution emphasized the need to issue the hold departure order following reports of the senator’s plan to travel abroad.

Paolo filed three libel cases and Carpio pressed one libel charge against Trillanes over the latter’s alleged derogatory statements against them.

Trillanes had alleged on a dyAB Cebu radio interview that Paolo and Carpio connived with a Land Transportation Franchising and Regulatory Board official in Central Visayas in demanding a bribe in return for the approval of an Uber franchise.

Paolo and Carpio have denied both allegations.

The two also appeared before a Senate inquiry where they strongly denied the senator’s accusations. (PNA)