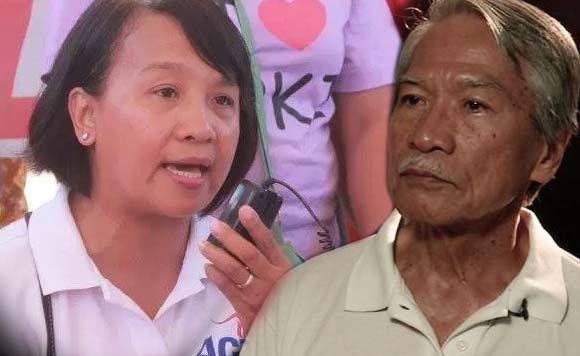 0 692
Share
Want more POLITIKO News? Get the latest newsfeed here. We publish dozens and dozens of politics-only news stories every hour. Click here to get to know more about your politiko - from trivial to crucial. it's our commitment to tell their stories. We follow your favorite POLITIKO like they are rockstars. If you are the politiko, always remember, your side is always our story. Read more. Find out more. Get the latest news here before it spreads on social media. Follow and bookmark this link. https://goo.gl/SvY8Kr

Charles Santiago, president of the ASEAN Parliamentarians for Human Rights (APHR) said in a statement that these baseless charges against Castro, Ocampo and 17 other people “appear to be purely politically motivated.”

Santiago, a member of the Malaysian Parliament under the Democratic Action Party (DAP) said the kidnapping and human trafficking charges against the militant solons “must be dropped immediately.”

“The Philippine people, and those elected to represent them, must be allowed to voice peaceful criticism against the authorities without fear of arrest and harassment,” said Santiago.

Santiago, whose party is under the ruling Pakata Harapan Coalition of Prime Minister Mahatir Mohamad, stressed that the systematic attempts by the Duterte administration to use “fabricated” criminal charges against members of the opposition “are deeply worrying and must end immediately.”

Castro, Ocampo and other were arrested on the evening of November 29 after their convoy was stopped at a police checkpoint outside of Talaingod town in Davao del Norte.

The convoy was part of a so-called National Solidarity Mission (NSM) which had travelled to the region to provide humanitarian aid to a school of children belonging to the indigenous Lumad community which were allegedly victims of harassment by paramilitary forces in the area.

The Philippine National Police (PNP) claimed that the members of the NSM were charged and detained because they had illegally transported 14 minor Lumad students from their war-torn school without their parents’ consent.

The NSM however that they were just attempting to temporarily relocate the children to a safer place, since the school had suffered harassment by a local paramilitary group, who had forcibly closed the school and imposed a blockade on food entering the community.

Santiago said that instead of targeting those trying to assist beleaguered indigenous communities, the local authorities should do much more to end abuse by paramilitary groups in Mindanao.

On Saturday, Castro, Ocampo, and 16 others were temporarily released from detention in Tagum City late Saturday, after their lawyers posted a total bail of P1,452,600.