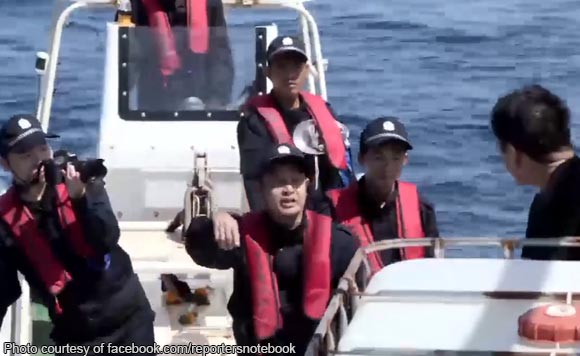 Magdalo party-list Rep. Gary Alejano has slammed China for continuously bullying of Filipinos in the West Philippine Sea despite claiming that it has friendly relations with the Philippines.

In a statement Sunday (November 25), Alejano condemned the recent harassment by the Chinese coast guard of a television crew from GMA Network.

The incident, which was shown on GMA’s public affairs show “Reporter’s Notebook last week, took place at Panatag Shoal, which is within the Philippines’ Exclusive Economic Zone.

A Chinese Coast Guard officer threatened to use force if the crew did not leave the area right away.

GMA showed the video of the Chinese Coast Guard’s harassment of its crew a day after the state visit of Chinese President Xi Jinping.

During Xi’s visit, the Philippines signed several agreements with China, including a Memorandum of Understanding on the joint exploration between the Philippines and China in the West Philippine Sea.

Alejano warned that more Filipinos will be bullied by China if the government does nothing about it.

“If indeed diplomatic ties between the Philippines and China are warmer this time, I hope our government will seize every opportunity to protect our people and fight for our rights over our territory,” he said.