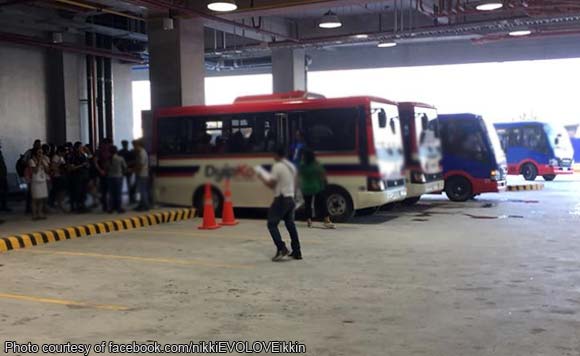 0 988
Share
Want more POLITIKO News? Get the latest newsfeed here. We publish dozens and dozens of politics-only news stories every hour. Click here to get to know more about your politiko - from trivial to crucial. it's our commitment to tell their stories. We follow your favorite POLITIKO like they are rockstars. If you are the politiko, always remember, your side is always our story. Read more. Find out more. Get the latest news here before it spreads on social media. Follow and bookmark this link. https://goo.gl/SvY8Kr

The Land Transportation Franchising and Regulatory Board (LTFRB) has issued a memorandum circular allowing certain bus companies based in provinces around Metro Manila to go beyond the Parañaque Integrated Terminal Exchange (PITX) and traverse through the metropolis.

LTFRB Memorandum Circular (MC) 2018-022 will convert the franchises of buses in selected areas in the provinces of Bulacan, Cavite and Laguna into city operations to ensure ease of travel among commuters going to and from Metro Manila, in compliance with the Department of Transportation’s (DOTr) Order 2018-025.

“May pinapaburan ba ang DO (Department Order)? Meron. Pinapaburan nito ang mga commuters— ang constituency na nanggagaling sa bedroom place to workplace na kailangang araw-araw bumiyahe (Does the DO favor anyone? Yes. It favors the commuters — the constituency who comes from their bedroom place to go to their workplace by commuting every day),” Transport Secretary Arthur Tugade said in a statement late Thursday.

The buses that will be allowed not to end their trips at PITX, operate at commuter routes in the Greater Manila Area that have high passenger demand.

Public utility buses beyond these areas, including those from Batangas (Nasugbu, Calatagan and Balayan) and long-haul Cavite routes, shall terminate at PITX.

Buses from Imus, Bacoor, Dasmariñas, General Trias, Silang, Kawit, Noveleta, and Cavite City are not required to terminate their routes at PITX but shall pass through to pick up and drop off passengers.

City bus units originally ending at Baclaran and at the Southwest Interim Transport Terminal shall also now terminate at the PITX.

Public utility vehicles from Alabang, Las Piñas, and Sucat in Parañaque entering via Coastal Road may opt to pass through or terminate at the PITX subject to further studies by the DOTr and LTFRB.

LTFRB Memo Circular (MC) 2018-022 amends MC 2018-020, which mandated all public utility vehicles from provinces southwest of Metro Manila entering through Coastal Road to end their routes at the PITX.

The PITX aims to become a transfer point for passengers alighting from provincial buses from Cavite and Batangas and transferring to in-city modes of transportation.

The terminal is expected to reduce the number of provincial buses plying Metro Manila, specifically along Roxas Blvd., Pasay, and Edsa-Taft area, and will provide connectivity between different transport modes and services, allowing the riding public more efficient and seamless travel. (PNA)