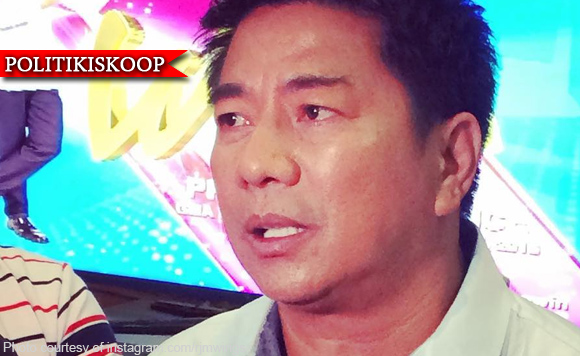 0 13,221
Share
Want more POLITIKO News? Get the latest newsfeed here. We publish dozens and dozens of politics-only news stories every hour. Click here to get to know more about your politiko - from trivial to crucial. it's our commitment to tell their stories. We follow your favorite POLITIKO like they are rockstars. If you are the politiko, always remember, your side is always our story. Read more. Find out more. Get the latest news here before it spreads on social media. Follow and bookmark this link. https://goo.gl/SvY8Kr

A source confirmed Revillame’s mayoralty bid to Politiko before he files the necessary papers to formalize his political plan.

Revillame will replace one of the personalities who filed a certificate of candidacy for mayor since he did not submit a COC during the filing period last October.

The host will be running against Vice Mayor Joy Belmonte and Congressman Vincent “Bingbong” Crisologo.

He will not have a running mate but will instead adopt one of the candidates for vice mayor.

According to Politiko’s source, Revillame decided to run for mayor since the surveys he commissioned showed he has a big chance of winning.

Politiko’s source said Revillame has learned from the experience of the late actor Rudy Fernandez, who lost to Belmonte’s father, Sonny in the 2001 mayoralty race.

Revillame is set to resign as the host of “Wowowin” after formalizing his mayoralty bid.