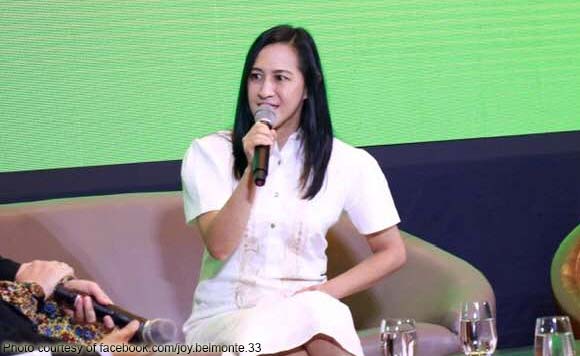 Quezon City Vice Mayor Joy Belmonte bared on Wednesday plans to put up a drug rehabilitation facility for women and a recovery clinic for voluntary surrenderers to treat more effectively drug-dependents in the city.

“We have been discussing with the United Nations Office of Drugs and Crime, and by next year, we will have a partnership to establish a facility just for women,” Belmonte said in an interview.

Belmonte cited studies from the city showing that women were more hesitant to go to drug rehabilitation facilities since many of them could not leave their children behind.

“Even if you’re not included on the police watchlist but you know you’re a user and you want attention, you can go to the clinic and you will be given help and support. We will do this starting next year,” the vice mayor said.

Belmonte said the additional facilities were welcome additions to Quezon City’s TAHANAN rehabilitation center and will help address the influx of drug dependents who have surrendered after the launch of Oplan Tokhang.

TAHANAN is the Philippines’ first treatment facility for drug dependents that is accredited by the Department of Health, and is fully-funded and managed by a local government unit. It was first opened in 1993 and is being operated by the Office of the Vice Mayor.

Since 2016, around 16,000 have surrendered to QCADAAC and the Quezon City Police District.

Surrenders are referred to QCADAAC’s community-based drug recovery treatment, where drug users are provided with free skills and livelihood training.

After graduating from the community-based drug recovery treatment, the reformed drug users are provided with free skills and livelihood training and starter kits by the Office of the Vice Mayor, the Quezon City Skills and Livelihood Foundation, Inc. and the Technical Education and Skills Development Authority. (PNA)