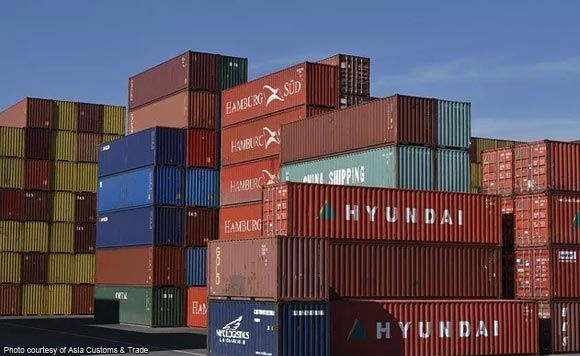 0 1,865
Share
Want more POLITIKO News? Get the latest newsfeed here. We publish dozens and dozens of politics-only news stories every hour. Click here to get to know more about your politiko - from trivial to crucial. it's our commitment to tell their stories. We follow your favorite POLITIKO like they are rockstars. If you are the politiko, always remember, your side is always our story. Read more. Find out more. Get the latest news here before it spreads on social media. Follow and bookmark this link. https://goo.gl/SvY8Kr

Atienza said President Rodrigo Duterte was in a position to direct the mandatory PSI at the country of origin of all containerized cargoes destined for the Philippines, after his recent pronouncement on the supposed military takeover of the Bureau of Customs’ (BOC) day-to-day operation in lieu of the series of drug smuggling incidents at the Port of Manila.

All of the estimated P21-billion worth of shabu contraband that were smuggled through the Port of Manila in three batches between May 2017 to July 2018 arrived in 20-foot shipping containers from China, Malaysia and Taiwan.

“Containerized imports should also be required to go through PSI,” said Atienza.

At present, only “bulk and break-bulk imports” are required by Customs to undergo PSI.

PSI is the practice used by governments, mostly in developing countries, of requiring importers to engage accredited third-party surveyors to verify shipment details, such as the price, quantity and quality of goods, before cargoes depart the exporting country.

The scheme is used to prevent the undervaluation of taxable imports and to compensate for the inadequacies in the importing country’s customs and other administrative structures, according to the World Trade Organization (WTO).

Infuriated by rampant corruption that enabled P11 billion of the illegal drugs to slip through, Duterte last Sunday ordered the “military takeover” of the bureau.

Malacañang has since clarified that uniformed would merely be deployed in the day-to-day operations of the bureau in various ports in the country to help deter crooked Customs officials and employees.
#