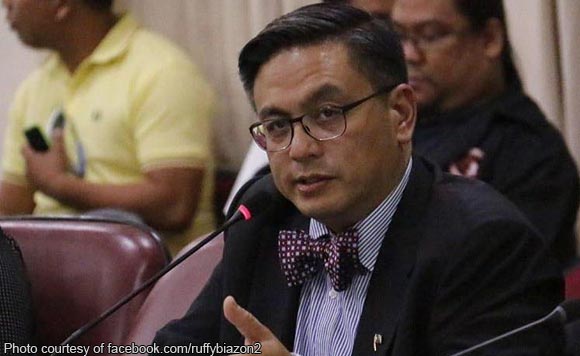 Biazon, a former Customs commissioner, said loopholes in the cargo clearance system must be corrected to prevent its exploitation by those involved in smuggling.

“While the current system was state-of-the-art at the time they were acquired, they are as of now obsolete and rendered inutile because of the advancement of technology and the creativity of smugglers,” he added.

Based on revelations in the House inquiry on the P6.8-billion alleged shabu (crystal meth) smuggling, Biazon said the first weak point was the stand alone system of the X-ray units, where only one to two persons were able to view the scanned images, perform image analysis, and produce findings on either “clear” or “not clear” to release a shipment.

“Although findings are submitted to a supervisor, the analysts are unsupervised during the actual image processing and analysis, opening an opportunity for exercise of indiscretion. This was confirmed by BOC X-ray operator or analyst Manuel Martinez who was invited to the hearing,” Biazon said.

Another weak point, he said, was vulnerability of the data collected by the scanning equipment to unauthorized access, copying, download or tampering.

Biazon said former Customs X-ray Division chief and Deputy Collector Lourdes Mangaoang’s testimony on the source of the X-ray images she used in the findings of her “unofficial and personal inquiry” reveals that the images were given to her by personnel of the maintenance contractor of the X-ray machines, instead of sourcing it through official channels.

Biazon said the third weakness was the difficulty in auditing the image processing done by the X-ray operator or analyst, which could help determine if the analysis was competently performed or if there was deliberate manipulation of the processing to conceal a derogatory finding.

He suggested an automated cargo clearing, which included the installation of a more modern X-ray system, which is electronically linked to a central database and monitoring system.

“In such a system, operators of the machine which would scan the container vans are separate from those who will conduct image analysis who are in a different location with supervisors directly overseeing the analysts. The images should not be identifiable with its consignee or broker,” he said.

“The upgraded system should have a high level of data protection, security and audit capability not just in the hardware and software but also in policies and procedures governing its operation and use,” he added.

Biazonhas filed a measure authorizing the BOC to retain at least 1 percent of its collection of customs duties and taxes to pursue modernization through the acquisition of equipment, information technology systems and construction, repair or rehabilitation of facilities.

“Being a revenue collection agency, government must enable and empower the BOC to collect with efficiency, reliability and most of all, with integrity. Allowing the BOC to have the flexibility to modernize will support the agency to perform its mandate to its full potential,” he said. (PNA)