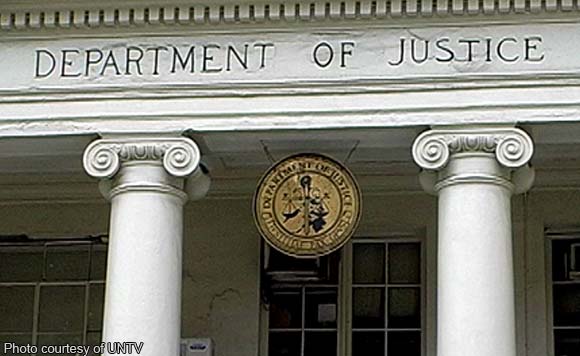 0 2,458
Share
Want more POLITIKO News? Get the latest newsfeed here. We publish dozens and dozens of politics-only news stories every hour. Click here to get to know more about your politiko - from trivial to crucial. it's our commitment to tell their stories. We follow your favorite POLITIKO like they are rockstars. If you are the politiko, always remember, your side is always our story. Read more. Find out more. Get the latest news here before it spreads on social media. Follow and bookmark this link. https://goo.gl/SvY8Kr

The Department of Justice (DOJ) on Sunday said it will seek the issuance of a precautionary hold departure order (PHDO) against the five active and two dismissed police officials tagged by President Rodrigo Duterte as involved in illegal drug activities.

Justice Secretary Menardo Guevarra said they would apply for an HDO after the fact-finding investigations were completed by the Philippine National Police (PNP) and the National Bureau of Investigation (NBI).

“Our prosecutors may apply for precautionary hold departure order (PHDO) with the courts as may be deemed necessary,” Guevarra said in a text message to reporters.

The DOJ chief has earlier ordered NBI Director Dante Gierran to conduct a fact-finding investigation to validate and build possible cases from the intelligence report that implicated officials from PNP, Philippine Drug Enforcement Agency (PDEA) and Bureau of Customs (BOC) in the supposed “recycling” of seized shabu and in operations of illegal drug syndicates.

Guevarra said the NBI, investigative and law enforcement arm of DOJ, was also tasked to build possible cases from its probe.

“If the evidence warrants, the NBI will file a formal complaint with the DOJ for preliminary investigation,” he noted.

Duterte first made public the “Secret Special Report” on the involvement of high-ranking law enforcement officials iin the drug trade in a Palace event, where he asked his top aide, Christopher “Bong” Go, to provide the media copies of the 15-page document.

PNP chief, Director General Oscar Albayalde earlier said these officers have already been relieved from their positions to give way to a fair investigation.

Once issued, a PHDO prevents the flight of the officials during the conduct of the preliminary investigation.

Earlier this year, the Supreme Court (SC) created the PHDO to replace the watchlist order, which was previously issued by the DOJ to prevent subjects of a criminal investigation from leaving the country.

After the SC stopped the issuance of a watchlist order, the DOJ had previously resorted to the issuance of lookout bulletin order (LBO) to prevent flight of personalities and individuals facing criminal investigation who are flight risk.

Once the court rules in favor of the DOJ’s move, the police officials tagged in the narcotics trade will be the first subjects of PHDO. (PNA)