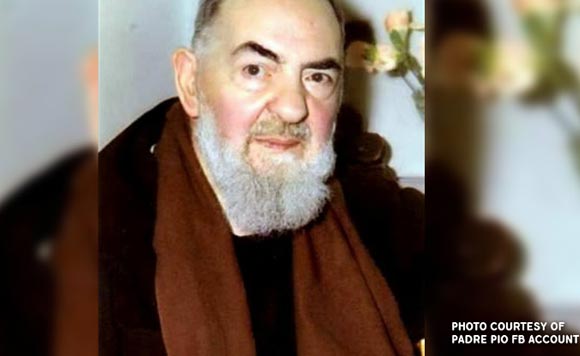 0 985
Share
Want more POLITIKO News? Get the latest newsfeed here. We publish dozens and dozens of politics-only news stories every hour. Click here to get to know more about your politiko - from trivial to crucial. it's our commitment to tell their stories. We follow your favorite POLITIKO like they are rockstars. If you are the politiko, always remember, your side is always our story. Read more. Find out more. Get the latest news here before it spreads on social media. Follow and bookmark this link. https://goo.gl/SvY8Kr

Tens of thousands of Filipino Catholics, young and old, braved the sunny weather and queued for hours just to take a glimpse, even for a second or two, of the uncorrupted heart of St. Pio at the Manila Cathedral in the past three days.

It was the first time that the uncorrupted heart of St. Pio of Pietrelcina visited the Philippines.

St. Pio’s relic will be in the country for 20 days from Oct. 6 to 26, before it is flown back to Italy, its permanent home for pilgrims around the world to visit.

The holy relic was brought to Cebu City at 7 a.m. Thursday after a Mass officiated by Bishop Clem Ignacio. From Cebu, the relic will be brought to Mindanao for public viewing.

The relic arrived in Manila last week and was brought to Sto. Tomas, Batangas, where the National Shrine of St. Pio is located.

Thousands of devotees viewed the relic there during the short visit.

The Manila Cathedral in Intramuros was teeming with the faithful for the past three days to venerate the famous Italian saint whose body, including his heart, did not decay since Fr. Pio died in 1968.

Many of the devotees of St. Pio came from various parts of Luzon and as far as Cagayan to view his uncorrupted heart even for a fleeting moment.

Church security officers made sure that the devotees would just make a glimpse, or wipe their handkerchiefs on the glass where St. Pio’s uncorrupted heart is placed, so that the multitude of faithful queuing more than a kilometer away would be given their chance to see the relic.

Taking a selfie in front of the relic was not allowed to ease the flow of human traffic inside the church.

Thousands of devotees suffering from various illnesses heartily believe that through the intercession of St. Pio, they would be healed of their ailments as proven in many occasions by devotees of the famous saint, who was canonized by Pope John Paul II in 2002.

Many of them brought their rosaries or novena prayers to St. Pio.

The devotees towed the long lines going to the church’s entrance without any complaint, although some tried to break the protocol of the long queue, but were stopped by security officers. 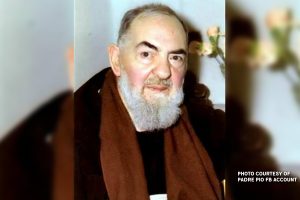 Padre Pio’s stigmata initially occurred on Sept. 20, 1918. He was hearing confession when he felt bodily marks, pain, and bleeding on his body, corresponding to the wounds suffered by Jesus Christ during the Lord’s crucifixion in Calvary.

For five decades, Padre Pio suffered the stigmata in his body. However, the blood that came out from the stigmata wound smelled like perfume or flowers, according to church records of St. Pio.

Padre Pio tried to keep for himself the stigmata he was suffering, but it leaked and spread throughout the globe.

Thousands of devotees of St. Pio said they were healed of their sickness through the intercession of the famous Italian saint.

During his lifetime, Padre Pio had healed countless people, who were sick of various ailments, a spiritual power given by God. (PNA)