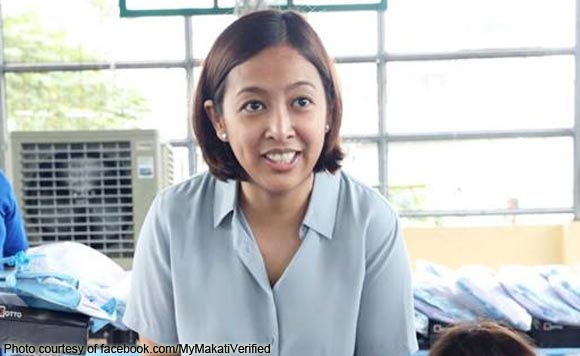 Makati City Mayor Abby Binay has asked the Office of the Ombudsman to file charges against Councilors Ferdinand “Ferdie “Eusebio” and Divine Jacome for alleged corruption and keeping “ghost employees.”

In a statement Wednesday, Abby accused the two councilors of egging on her brother, former Mayor Jejomar Erwin “Junjun” Binay, to run against her in the 2019 elections so they could continue their corrupt activities.

“Corruption is behind the decision of several councilors to break away. They learned that I have received credible information on their nefarious activities, so they opted to create political drama as a smokescreen. Ginagamit nila ang mabuting pangalan ng aking ama na si Vice President Jojo Binay para mapagtakpan ang kanilang mga maling gawain,” she said.

“Natunugan nila na pinapaimbestiga ko ang mga ghost employees nila. And now I have written statements from witnesses attesting to this. I will endorse this matter to the Ombudsman for appropriate action,” Abby added.

The mayor said Eusebio was accused by a major of contractor of demanding kickbacks, gifts and favors during the term of her brother at the city hall.

Eusebio, known as Junjun’s right hand man, is the subject of a graft complaint by contractor Armando Khong Hun before the National Bureau of Investigation.

Jacome, meanwhile, is accused of keeping 20 individuals as Community Affairs Assistants II, though their ATM cards are in her possession.