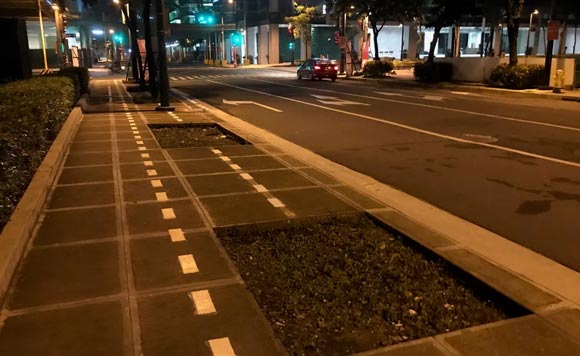 The square-shaped gaps in the sidewalk designated as a bike lane at Bonifacio Global City have gotten netizens talking.

A Reddit post showed at least two gaps that are a square foot apart from each other. They were filled with soil instead of being cemented.

In the comments section, netizens argued whether the placement of the gaps was intentional.

“It’s kinda obvious that they’re going to pave that though. See how they balled out the trees and removed the shrubs from those tree pits? How long has this been like this? Is it operational? Maybe you’re reacting in haste?” said Reddit user kpr0430.

Netizen Trametinib–Mekinist asked: “So they placed bike lanes and forgot about pedestrians on side walk?”