Maynilad to replace P422M worth of QC pipes from D. Tuazon to E. Rodriguez 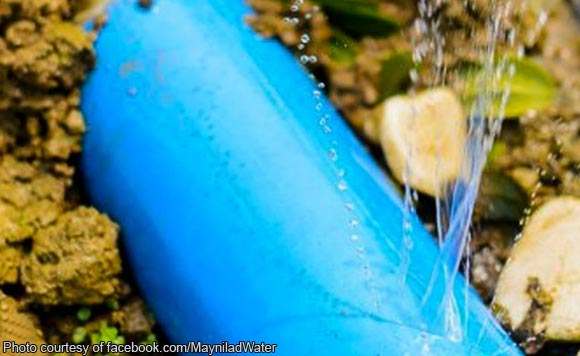 0 1,262
Share
Want more POLITIKO News? Get the latest newsfeed here. We publish dozens and dozens of politics-only news stories every hour. Click here to get to know more about your politiko - from trivial to crucial. it's our commitment to tell their stories. We follow your favorite POLITIKO like they are rockstars. If you are the politiko, always remember, your side is always our story. Read more. Find out more. Get the latest news here before it spreads on social media. Follow and bookmark this link. https://goo.gl/SvY8Kr

Replacing the 50-year-old pipes will enable Maynilad to reduce water losses in the area.

After the pipe replacement project, the company expects to recover almost two million liters per day (MLD) of potable water, which can supply the daily requirement of some 2,000 households.

Such construction method involves inserting pliable yet strong pipes through an insertion point, instead of digging up trenches to lay the pipes, thus reducing impact on traffic.

“We strive to make our operations more efficient, and part of that effort is to replace old portions of our water distribution system. Through continued investments in network rehabilitation, we not only reduce water losses but also improve water pressure for our customers,” Maynilad President and CEO Ramoncito S. Fernandez said.

Maynilad is the largest private water concessionaire in the Philippines in terms of customer base. It is the agent and contractor of state-owned Metropolitan Waterworks and Sewerage System (MWSS) for the West Zone of the Greater Manila Area, which is composed of the cities of Manila (certain portions), Quezon City (certain portions), Makati (west of South Super Highway), Caloocan, Pasay, Parañaque, Las Piñas, Muntinlupa, Valenzuela, Navotas and Malabon all in Metro Manila; the cities of Cavite, Bacoor and Imus, and the towns of Kawit, Noveleta and Rosario, all in Cavite Province.