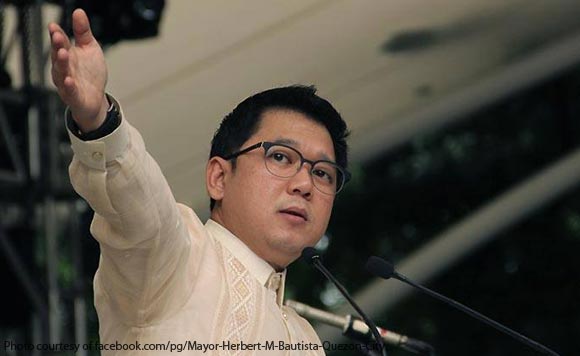 0 2,948
Share
Want more POLITIKO News? Get the latest newsfeed here. We publish dozens and dozens of politics-only news stories every hour. Click here to get to know more about your politiko - from trivial to crucial. it's our commitment to tell their stories. We follow your favorite POLITIKO like they are rockstars. If you are the politiko, always remember, your side is always our story. Read more. Find out more. Get the latest news here before it spreads on social media. Follow and bookmark this link. https://goo.gl/SvY8Kr

During the DRRMC’s meeting, Bautista said the council’s collective efforts helped the city withstand the effects of the typhoon, which left at least 19 people dead in Northern Luzon.

“Our early warning, preemptive evacuation and pre-positioning of assets did us well. We did our best, but we still can do better in the future,” he said.

The city posted zero casualties during the typoon. A 10-year-old boy was however, reported missing in Barangay Silangan.

Quezon City’s emergency services and disaster response and relief clusters were on full alert since Friday until early Sunday evening.

Among the emergencies which the action reams responded to were reports of fallen trees. The city’s Emergency Operations Center recorded at least 20 incidents of uprooted trees and toppled utility poles during the alert period.