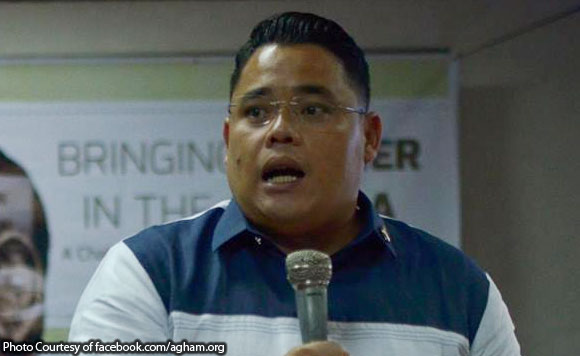 0 1,042
Share
Want more POLITIKO News? Get the latest newsfeed here. We publish dozens and dozens of politics-only news stories every hour. Click here to get to know more about your politiko - from trivial to crucial. it's our commitment to tell their stories. We follow your favorite POLITIKO like they are rockstars. If you are the politiko, always remember, your side is always our story. Read more. Find out more. Get the latest news here before it spreads on social media. Follow and bookmark this link. https://goo.gl/SvY8Kr

Anakpawis Rep. Ariel Casilao has slammed Agriculture Sec. Manny Piñol following his recent pronouncement on looming hike in the prices of basic goods due to the onslaught of Typhoon Ompong in the northern part of the country.

Casilao said Piñol’s warning of high prices of goods “manifests insensitivity to the plight not only of typhoon-affected communities as well as consumers.”

Casilao stressed that instead of acting like an alarmist, Piñol should order a price freeze in typhoon-affected areas in Northern and Central Luzon.

“Instead of simply warning of possible further price increases, the Department of Agriculture (DA) in coordination with the Trade Department should order the freezing of prices in typhoon-hit areas in anticipation of the effect of Typhoon Ompong,” said Casilao.

He said the price freeze would prevent unscrupulous traders from exploiting the present situation.

“Controlling the prices of basic goods especially in times of calamity is as important as preparing the people for the upcoming natural calamity,” said Casilao

The militant solon noted that since farmers and consumers have been burdened by high prices of basic goods and services due to inflation mainly caused by the TRAIN Law and with the coming effects of Typhoon Ompong to properties and livelihoods, “it is only just to call for price freeze.”

“The Duterte government should order the DA, DTI and other concerned agencies to also prioritize controlling the prices of basic goods,” Casilao said.