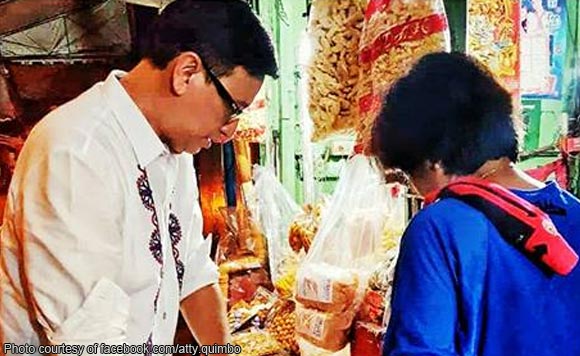 Marikina City Rep. Miro Quimbo must have been so stressed arguing against the passage of the proposed second tranche of the tax reform law, he found native delicacies or kakanin hard to resist.

On the way home from the House of Representatives last September 4, Quimbo passed by a stall selling kakanin and decided to hoard all the treats that caught his eye.

In a Facebook post, Quimbo said the stall owner gave him a discount because she found him handsome.

The lawmaker couldn’t help but compare the friendly vendor he met to his colleagues who were bent on passing a bill which he believes will not benefit ordinary Filipinos.

The proposed second tranche of the Tax Reform for Acceleration and Inclusion (TRAIN 2) Law was passed on second reading on Monday.