Egay Erice’s confession: I was part of KB but I despised Marcos 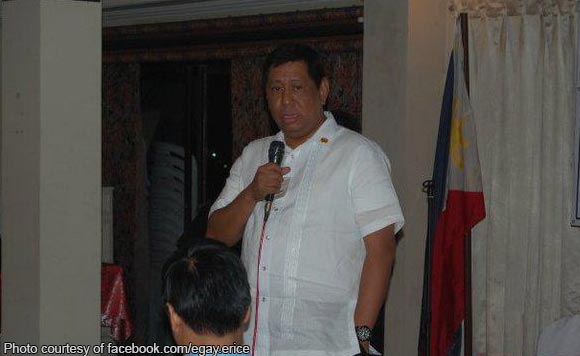 Caloocan City Rep. Edgar “Egay” Erice, an outspoken opposition critic, has revealed his past as an official of the youth organization established by the late President Ferdinand Marcos.

In a Facebook post, Erice said he used to be the Kabataang Barangay (KB) president for Caloocan.

However, he said that while he was part of a pro-Marcos organization, he was also one of the “very first” who organized rallies after former senator Benigno Aquino Jr. was shot dead in 1983.

For Erice, membership in the KB both had its pros and cons.

“KB was a creation of Marcos to exploit the youth for his political ends, but the KB concept had really help many of our leaders today to acquire leadeship skills and competence,” he said.

Erice’s revelation about his past ties to KB was accompanied by the link to an article about University of the Philippines president Danilo Concepcion’s apology for attending a KB reunion with Ilocos Norte Governor Imee Marcos.

Concepcion was criticized for showing up at the event and allowing it to be held at the Bahay ng Alumni at UP Diliman.

Erice said that while he loves KB, he cannot throw his support behind the Marcoses anymore.

“I do understand Danny, I love KB but I despised the Marcoses’ trying to regain political power after what their parents did to our country. The way to move on for the Marcoses’ is not to run for public office but to express remorse and undo what their father did as much ad they can,” he said.