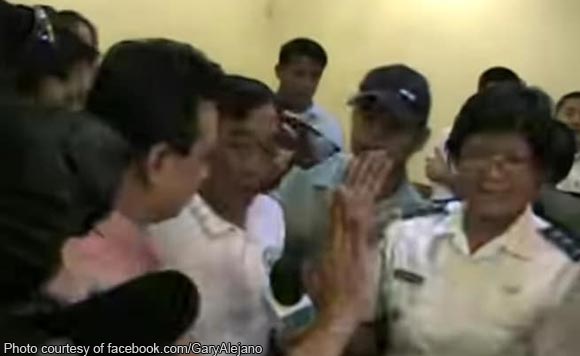 For a tough-talking man, the President is really thin-skinned when it comes to his critics.

Magdalo Party-list Rep. Gary Alejano decried the surprise lifting of the amnesty granted to Senator Antonio Trillanes IV this September, with Pres. Rodrigo Duterte claiming that the mutineer did not comply with all requirements set by ex-President Noynoy Aquino for the cases against him to be dropped.

The Palace released a proclamation ordering the Department of Justice, the military and police to “pursue all criminal and administrative cases” against Trillanes for staging the Oakwood Mutiny and the Manila Peninsula siege in 2003 and 2007.

Alejano, Trillanes’ comrade, said this was a fresh low for this government.

“This is a clear political persecution. Garapalan na…”

Trillanes: Why not just ban Duterte, minions on Facebook?