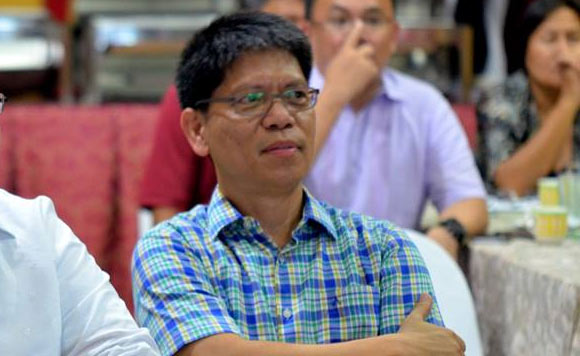 0 1,000
Share
Want more POLITIKO News? Get the latest newsfeed here. We publish dozens and dozens of politics-only news stories every hour. Click here to get to know more about your politiko - from trivial to crucial. it's our commitment to tell their stories. We follow your favorite POLITIKO like they are rockstars. If you are the politiko, always remember, your side is always our story. Read more. Find out more. Get the latest news here before it spreads on social media. Follow and bookmark this link. https://goo.gl/SvY8Kr

The Land Transportation Franchising and Regulatory Board (LTFRB) is reportedly forcing taxi operators and drivers to buy a tablet worth P18,000 and closed circuit television (CCTV) cameras before they can recalibrate their meters to charge higher fares.

A report by the tabloid Abante tagged LTFRB chairman Martin Delgra as the person behind the mandatory purchases.

According to the report, Delgra wants taxi operators and drivers to buy the gadgets from the LTFRB because the app “MyCab” is already programmed in the tablet.

“MyCab” will supposedly enable taxi drivers to book passengers similar to what transport network companies like Grab Philippines does.

To make the tablet more affordable to taxi drivers, Delgra reportedly said they could make a P1,800 downpayment and pay P500 monthly over the next three years.

Abante tried but failed to get the LTFRB’s comment on the allegation before the report was published Thursday.