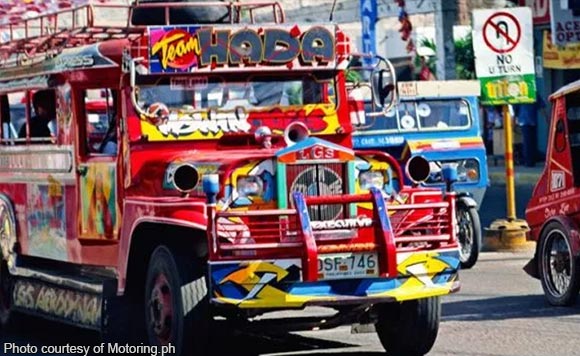 The Land Transportation Franchising and Regulatory Board (LTFRB) on Wednesday assured that all 179,000 valid franchise holders of public utility jeepneys (PUJs) nationwide will benefit from the Pantawid Pasada Fuel Program.

LTRFB chairman Martin Delgra III was reacting to complaints from several jeepney operators and drivers that they have not received the P5,000 fuel subsidy from the government.

“I would like to disabuse the mind especially the PUJ operators that all in the list will receive (fuel cards) because that is consistent with the law, which says that ‘qualified and legitimate franchise holders’,” Delgra said in a Palace economic press briefing.

Delgra was referring to the Tax Reform for Acceleration and Inclusion (TRAIN) law, which provides mitigating measures for sectors to be affected by higher taxes.

“There are about 179,000 PUJs all over the country, all of them will receive. So it does not matter which affiliation you have. For as long as legitimate PUJ franchise holders, that’s the only qualification of the beneficiary under this program,” he said.

He urged all legitimate PUJ operators and drivers to claim their respective fuel cards from different distribution centers, which are posted on the LTFRB website — www.ltfrb.gov.ph.

“Claiming the cards would require personal appearance of the franchise holder, pretty much like opening a new bank account,” he reminded.

Delgra clarified that electric-run jeepneys and multicabs are not covered by the Pantawid Pasada program.

“Anything that requires the purchase of fuel for their unit would fall under this program,” he said.

Delgra said the mass distribution of Pantawid Pasada fuel cards started on Tuesday in nine regions, including the National Capital Region, and they hope that the 179,000 fuel cards will be out on or before September 30.

“We will continue the distribution until the last card is out,” he said, adding that mass distribution in the remaining regions will start next week.

He said P977 million from the proceeds of the TRAIN implementation have been allotted for the fuel subsidy program this year.

Delgra said the proposal was to increase the fuel subsidy to P20,514 per eligible franchise holder next year.

“Nothing is final unless Congress approves the budget. I have to make that statement. That’s just being proposed for now,” he said.

Delgra, meanwhile, reminded jeepney operators and drivers that they can only use the Pantawid Pasada cards to purchase fuel for their passenger jeepneys.

He made this clarification following reports that some jeepney operators and drivers have been blacklisted for using the fuel cards for other purposes.

“The use of the card has to be consistent with the mechanics of the program and the way to monitor is you have to use that in the participating gas stations for buying fuel, as mentioned in the law, for fuel purchases only,” he explained.

He said the LTFRB has been getting report from Land Bank of the Philippines over a “few violations” made by the operators.

“If they do so, for any other purpose, the possible is that two things: either they got blacklisted or that they will be asked to refund the money,” he warned.

Delgra said the fuel cards can only be used in the participating gasoline stations of Caltex, Petron, Phoenix, Shell, Total and Unioil that have POS (point of sale) facilities throughout the country.

He said the fuel subsidy program aims to provide targeted relief to the public transport sector, particularly the PUJ “to cushion the impact of fuel prices brought about by the excise tax”.

“We are confident that when we help improve the situation of our operators and drivers through these programs, such as the Pantawid Pasada, we would also be able to help improve the commuting experience of the riding public who are our most important stakeholders,” Delgra said.

Delgra said the program would be implemented for only two years as aligned with the transition period of the Public Utility Vehicle (PUV) Modernization Program. (PNA)