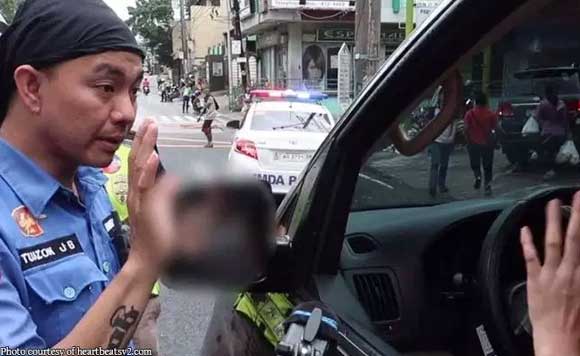 0 3,307
Share
Want more POLITIKO News? Get the latest newsfeed here. We publish dozens and dozens of politics-only news stories every hour. Click here to get to know more about your politiko - from trivial to crucial. it's our commitment to tell their stories. We follow your favorite POLITIKO like they are rockstars. If you are the politiko, always remember, your side is always our story. Read more. Find out more. Get the latest news here before it spreads on social media. Follow and bookmark this link. https://goo.gl/SvY8Kr

A government prosecutor seen in a viral video while arguing with Metropolitan Manila Development Authority (MMDA) traffic enforcers after she was apprehended for illegal parking has been asked by the Department of Justice (DOJ) to answer the complaint filed against her.

Justice Secretary Menardo Guevarra said Christine Villamora Estepa has already been directed to file her comment over the complaint of the MMDA.

“We asked prosecutor Estepa to comment on the MMDA complaint, similar to a show-cause order. She will submit shortly,” Guevarra said Wednesday.

“Then we’ll decide if we should dismiss the complaint outright or formally charge her. Part of procedural due process,” he added.

A video uploaded on Facebook showed that the woman refused to present her driver’s license as she told the enforcers that she arrived within five minutes after being notified of the violation.

Her husband later appeared and explained that she was pregnant and was on her way to the hospital.

After the incident, Estepa and her husband proceeded to the MMDA to apologize for what happened.

“We would like to take this opportunity to apologize to the MMDA enforcers especially to Colonel Bong Nebrija and constable Azures,” she stated.

“We ask for your understanding on the matter as well as emotions got the better of us,” she added.

The MMDA has already filed a complaint at the Land Transportation (LTO) for the suspension or revocation of the driver’s license of the prosecutor.

MMDA Special Task Force Operations commander Bong Nebrija said Estepa was arrogant when she was caught by the enforcers.

She almost hit one of the enforcers when she tried to drive away from the scene.

Garcia said the agency will continue to implement maximum tolerance among its enforcers during their operations and advised motorists that they should immediately surrender their licenses if they were caught violating traffic rules to prevent confrontations.

“Maximum tolerance among the enforcers. To the motorists in case of violation, just show your license and you will be issued a ticket then that’s it,” he said. (PNA)