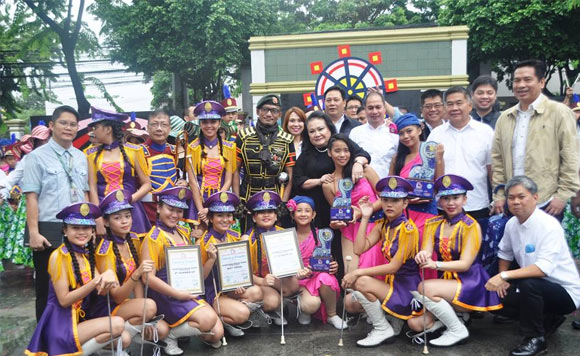 0 699
Share
Want more POLITIKO News? Get the latest newsfeed here. We publish dozens and dozens of politics-only news stories every hour. Click here to get to know more about your politiko - from trivial to crucial. it's our commitment to tell their stories. We follow your favorite POLITIKO like they are rockstars. If you are the politiko, always remember, your side is always our story. Read more. Find out more. Get the latest news here before it spreads on social media. Follow and bookmark this link. https://goo.gl/SvY8Kr

Local officials and employees of Las Piñas City were treated to performances by a band and their colleagues as Mayor Mel Aguilar celebrated her second year in office on August 13.

In her speech, Aguilar reaffirmed her administration’s commitment to implement the “Tatak Tuluy-tuloy na Serbisyo” program, which include projects on disaster resilience, modern and functional infrastructure, public order and safe communities and quality education.

She also vowed to work on making Las Piñas a business-friendly city and providing sustainable livelihood to all residents.

Present during the event were members of the City Council, department heads, members of the police force, local officials of the Department of Education and school principals.