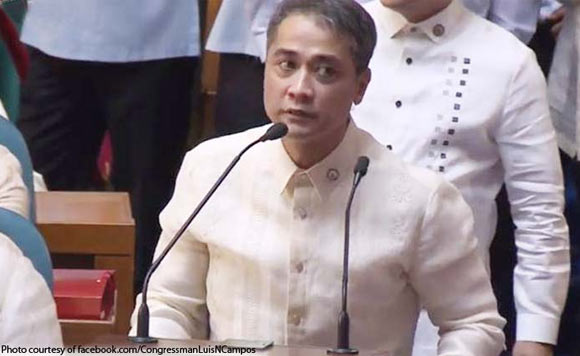 Makati City Rep. Luis Campos Jr. has urged the Civil Aeronautics Board (CAB) to investigate possible airline passenger rights violations during the peak of the airport fiasco which was brought by the recent Xiamen Airlines mishap.

In a statement, Campos said stranded passengers were “entitled to certain amenities in case of terminal delay,” even if it is due to force majeure or circumstances beyond the airline’s control.

“There is an administrative order specifying those passenger rights as well as the obligations of carriers,” Campos said.

Campos quoted Section 12 of the Joint Administrative Order No. 01 of the Department of Transportation (DOTr) and the Department of Trade and Industry (DTI), which provides that, “In case of terminal delay of at least three hours after the estimated time of departure, whether or not such is attributable to the carrier, a passenger shall have the right to: (a) Be provided with refreshment or meals (sufficient snacks, breakfast, lunch, or dinner, as the case may be), free phone calls, text or e-mails, and first aid, if necessary; and (b) Rebook or refund his/her ticket …or be endorsed to another carrier.”

The Makati City solon stressed that under the same joint order, airline companies were also supposed to “provide customer service representatives who can address common problems, such as arranging for meals and hotel rooms for stranded passengers, settling denied boarding compensation, arranging luggage resolutions, and settling other routine claims or complaints on the spot.”

“Airlines clearly have obligations. And the CAB should now ascertain which carriers lived up to their duties, and which of them neglected passengers during the Aug. 17-18 disorder,” Campos said.

He added those found wanting should be penalized administratively by the CAB.

Many passengers stuck at the terminal during the NAIA mess had complained that nobody looked after them, and that they were basically left to fend for themselves.

Campos said that under the AO, the CAB was also supposed to have “complaints and assistance desks” that would help passengers whose rights have not been fully satisfied by a carrier.

“The CAB desks are meant to aid in the filing and prosecution of the complaints of passengers whose rights have been violated, and who wish to go after the concerned carriers, Campos said.