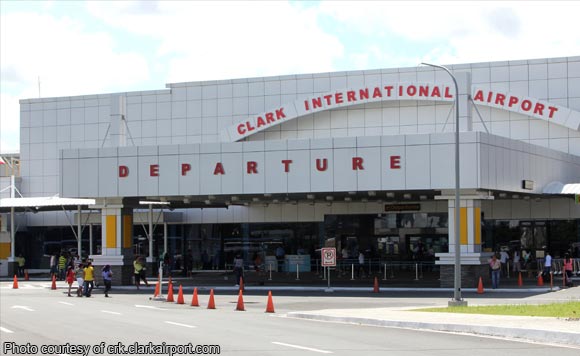 0 5,361
Share
Want more POLITIKO News? Get the latest newsfeed here. We publish dozens and dozens of politics-only news stories every hour. Click here to get to know more about your politiko - from trivial to crucial. it's our commitment to tell their stories. We follow your favorite POLITIKO like they are rockstars. If you are the politiko, always remember, your side is always our story. Read more. Find out more. Get the latest news here before it spreads on social media. Follow and bookmark this link. https://goo.gl/SvY8Kr

In a statement on Saturday, Campos said the Clark International Airport should continuously be upgraded and expanded so it can accommodate a greater number of international and domestic flights.

“We really have to build up Clark to decongest the NAIA, which is bursting at the seams in terms of aircraft and passenger traffic,” he said.

Several flights coming from overseas were redirected to Clark after a Xiamen Air jet had a “runway excursion” at the NAIA upon landing midnight Thursday and got stuck in a muddy field.

For almost 36 hours, NAIA’s primary runway for twin-aisle aircraft was shut down, leaving the country’s busiest airport operating only with the secondary runway for single-aisle planes.

Some 230 international and domestic flights in and out NAIA were either cancelled, delayed or redirected on Friday alone.

Campos noted that Clark International Airport already has an Instrument Landing System (ILS) that makes it possible for the primary runway to handle flights after 6 p.m.

The ILS enables pilots to conduct a fully automated or instrument approach to landing if they are unable to establish visual contact with the runway, for example, at night or during poor weather conditions.

For 2018, the Department of Transportation has allocated P2.74 billion for the modernization of the Clark International Airport.