‘You’re messing with the wrong woman’: Kris Aquino might run for QC mayor to get back at basher 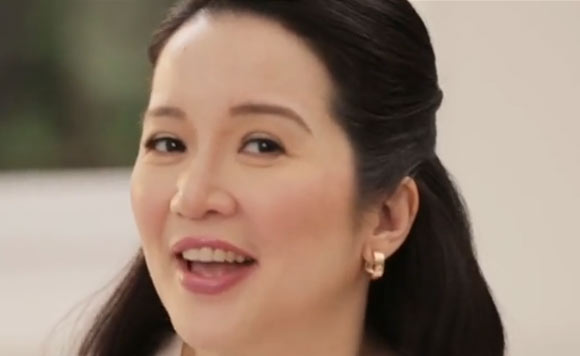 0 7,780
Share
Want more POLITIKO News? Get the latest newsfeed here. We publish dozens and dozens of politics-only news stories every hour. Click here to get to know more about your politiko - from trivial to crucial. it's our commitment to tell their stories. We follow your favorite POLITIKO like they are rockstars. If you are the politiko, always remember, your side is always our story. Read more. Find out more. Get the latest news here before it spreads on social media. Follow and bookmark this link. https://goo.gl/SvY8Kr

Actress Kris Aquino said she would consider running for mayor of Quezon City after a troll criticized her recent visit to Marikina City to help victims of the most recent flooding in Metro Manila.

Aquino issued the threat after the troll responded to her Instagram post about her Marikina visit with a suggestion that she run for Quezon City mayor since she likes to share about how she is helping others.

The actress said she not only has the name recognition to boost her candidacy, but she also boasts of “vast experience” and transparency.

Aquino said she does not need other people’s money to fund her candidacy because she is already wealthy.

As for transparency, the actress said she can fill out with ease the Statement of Assets, Liabilities and Net Worth required of all government officials in case she wins.

Aquino said having former President Benigno Aquino III as her brother is also an asset.

“Let’s not forget—i will also have the best possible adviser when it comes to good governance—my BROTHER. So the city will get the best of both-VAST EXPERIENCE & TRANSPARENCY-hate to say it BUT that’s an unbeatable combination,” she said.

Aquino said her family is used to “slaying giants” so her basher should know better than bully her.

“WAIT KA LANG. I have the next 2 months to decide,” she told the netizen who criticized her.

The time Aquino is referring to is October, the start of filing of certificates of candidacy for the 2019 elections.