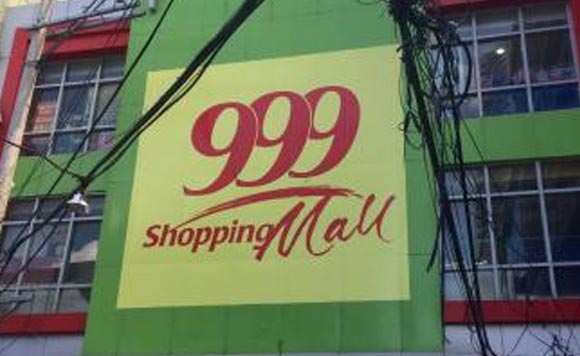 0 1,286
Share
Want more POLITIKO News? Get the latest newsfeed here. We publish dozens and dozens of politics-only news stories every hour. Click here to get to know more about your politiko - from trivial to crucial. it's our commitment to tell their stories. We follow your favorite POLITIKO like they are rockstars. If you are the politiko, always remember, your side is always our story. Read more. Find out more. Get the latest news here before it spreads on social media. Follow and bookmark this link. https://goo.gl/SvY8Kr

The foreigners were rounded up during a raid by members of the BI Intelligence Division at the 999 Shopping Mall on Soler Street in Binondo. Also arrested is an Indian national caught at the scene collecting payments for his lending business.

They were later brought to the BI headquarters in Intramuros, Manila where they are currently undergoing investigation and verification of their immigration status.

BI Commissioner Jaime Morente said he issued the mission order authorizing the Bureau’s operatives to conduct the raid due to persistent reports received by his office about undocumented Chinese nationals doing business inside the said establishment.

“The Philippine Immigration Act prohibits foreign nationals from working in the Philippines without a valid working visa or permit,” Morente said in a news release.

He said foreignerss are also banned from engaging in retail business, competing with small Filipino businessmen as it will deprive the latter of livelihood opportunities.

Manahan revealed that initial assessment show that most of the Chinese nationals are either already overstaying as they entered the country as mere tourists or are undocumented at the time of their arrests.

“Once ascertained, they could be charged with violating the conditions of their stay, as temporary visitors are not supposed to engage in gainful activity during their stay in the country,” he said.

“Foreign nationals with legitimate intentions are very much welcome to enter and stay as long as they are properly documented and follow Philippine laws,” Morente said, warning foreigners caught abusing this privilege will be immediately deported and barred from returning to the country.