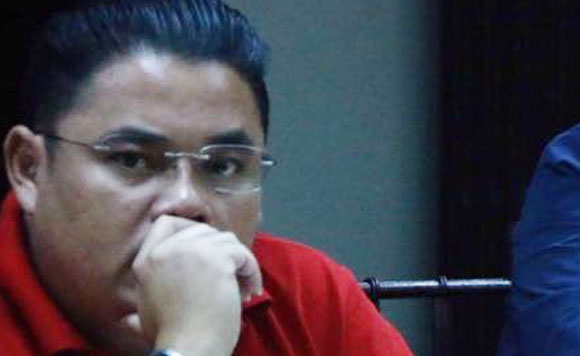 0 989
Share
Want more POLITIKO News? Get the latest newsfeed here. We publish dozens and dozens of politics-only news stories every hour. Click here to get to know more about your politiko - from trivial to crucial. it's our commitment to tell their stories. We follow your favorite POLITIKO like they are rockstars. If you are the politiko, always remember, your side is always our story. Read more. Find out more. Get the latest news here before it spreads on social media. Follow and bookmark this link. https://goo.gl/SvY8Kr

Party-list group Anakpawis on Thursday said the country’s latest economic slow down due to rising inflation is the consequence of the Tax Reform for Acceleration and Inclusion (TRAIN) Law.

Anakpawis Partylist Rep. Ariel Casilao said the six percent growth rate for the second quarter of 2018, lower than the projected 6.6 percent by the country’s economic managers, was proof that people are “suffering from incessant price hikes of basic commodities and services.”

“Poor sectors across the country are blaming Duterte’s new tax ingenuity for their miseries, food, basic goods, utilities and services are more inaccessible, and now they are pushing for its second package, or the re-labelled as TRABAHO,” Casilao said.

The economic growth rate for the second quarter is lower than the first’s quarter’s 6.6 percent and last year’s 6.7 percent, while inflation rate remained unstoppable at 5.7 percent this July.

Casilao stressed that the steep increases in prices of food and petroleum products were affecting the poor sectors.

“The problem with the Duterte administration is its continuing denial of the TRAIN’s impact, that it has considered executing the zero-tariff on imported agricultural products, which will certainly worsen and undermine the sector in the country, to throw more poor into unemployment and displacement,” the lawmaker added.

He added that while the agricultural sector was undervalued, shrinking its share to the total gross domestic product, slowdown in production was synonymous to food emergencies, hunger and misery to the poor, thus, totally devastating it with more imports is suicidal for the country’s population.

The militant solon urged the Duterte administration to abandon its “disastrous imposition” of the TRAIN Law.

Casilao also said instead of relying to imports, the government should seriously develop the national agricultural sector, as well as, other integrated industries, to trigger genuine economic growth and development in the country.