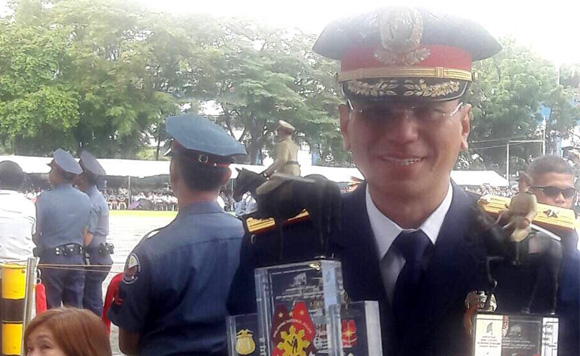 0 1,264
Share
Want more POLITIKO News? Get the latest newsfeed here. We publish dozens and dozens of politics-only news stories every hour. Click here to get to know more about your politiko - from trivial to crucial. it's our commitment to tell their stories. We follow your favorite POLITIKO like they are rockstars. If you are the politiko, always remember, your side is always our story. Read more. Find out more. Get the latest news here before it spreads on social media. Follow and bookmark this link. https://goo.gl/SvY8Kr

All of the hard work by National Capital Region Police Office (NCRPO) director Chief Superintendent Guillermo Eleazar paid off after President Rodrigo Duterte recognized Metro Manila’s police force for its achievements in the campaign against illegal drugs and weeding out erring policemen.

Eleazar, a member of the Philippine Military Academy Hinirang Class of 1987, was barely two months into his post as Regional Director of Police Regional Office 4A (CALABARZON) when he was appointed as NCRPO chief on June 1.

His intensified campaign against criminality and illegal drugs was credited for the 25 percent decline in Metro Manila’s crime rate in the first half of 2018.