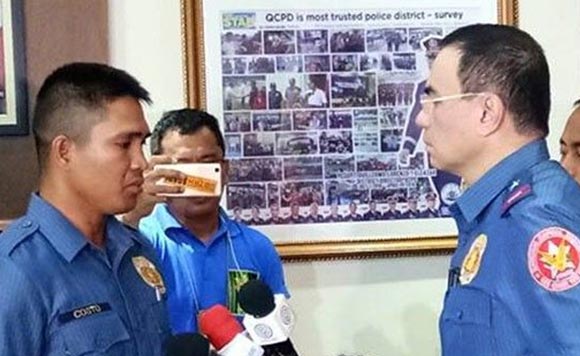 The Parañaque City policeman will face charges for slapping a bus driver in a video that has gone viral on social media.

The offense carries a maximum penalty of 30 days’ suspension without pay.

The incident was caught on video and uploaded on Facebook by a bus passenger, garnering over 8 million views overnight.

The policeman said he lost his temper because Mametis tried to bribe him when the Valisno bus he was driving was flagged down along Baclaran on Wednesday for violating the closed door policy for buses.

Costo said Mametis also refused to give his driver’s license when he asked for it.

The policeman said he regrets his actions.

Following his relief, Costo has been reassigned to the NCRPO’s Regional Holding and Security Group while an investigation is ongoing.