Alvarez’s no-election initiative not about federalism but dictatorship – Colmenares 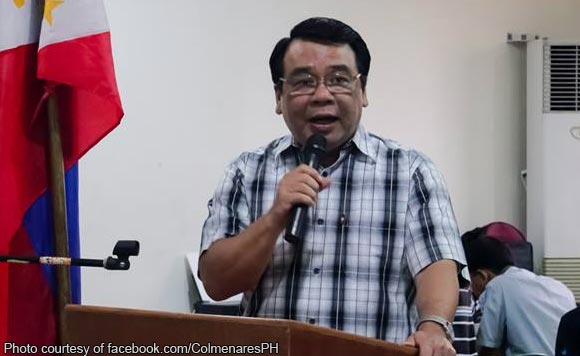 0 2,250
Share
Want more POLITIKO News? Get the latest newsfeed here. We publish dozens and dozens of politics-only news stories every hour. Click here to get to know more about your politiko - from trivial to crucial. it's our commitment to tell their stories. We follow your favorite POLITIKO like they are rockstars. If you are the politiko, always remember, your side is always our story. Read more. Find out more. Get the latest news here before it spreads on social media. Follow and bookmark this link. https://goo.gl/SvY8Kr

The former lawmaker stressed that the proposal of House Speaker Pantelon Alvarez is not just about federalism but rather term extensions and the cancellation of next year’s mid-term elections.

“This is not about federalism but about dictatorship,” said Colmenares.

He said​ the S​upreme Cour​ has ruled that people’s initiative can only insert some amendments but not to the point of overhauling the entire charter.

“This move is also disallowed by the Supreme Court in the case of Lambino vs Comelec where the Court said people’s initiative can only amend a provision of the Constitution but not a revision such as a shift from presidential to parliamentary,” said Colmenares.

He added the same goes for shift from unitary to federal which entails the amendment of many provisions and can only be done either through Con-Ass or Con-Con​.
​
“We ask the proponents of People’s Initiative to desist from pushing it, not only because it is unconstitutional, but also because it is self​-​serving and anti​-​people,” said Colmenares.
​