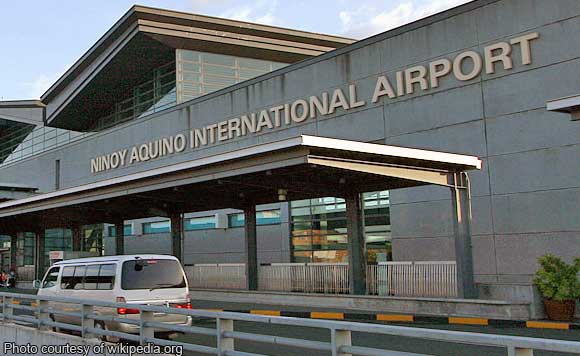 0 982
Share
Want more POLITIKO News? Get the latest newsfeed here. We publish dozens and dozens of politics-only news stories every hour. Click here to get to know more about your politiko - from trivial to crucial. it's our commitment to tell their stories. We follow your favorite POLITIKO like they are rockstars. If you are the politiko, always remember, your side is always our story. Read more. Find out more. Get the latest news here before it spreads on social media. Follow and bookmark this link. https://goo.gl/SvY8Kr

Airport police officers tracked down taxi driver Rodel Ormillo on Thursday, July 19, and they were reportedly able to recover the valuables of the victim.

Based on MIAA’s records, passenger Catalina Prado arrived in NAIA last July 16 and rode the white taxi being driven by Ormillo. He was charging Prado a flat rate of P1,700 to go to Muntinlupa, prompting her to just transfer to another taxi.

Prado reported to the airport police that her backpack was not among the baggage unloaded from the taxi with plate number AB 1130, and that Ormillo immediately sped off when she tried to approach him.

The Airport Police Department alerted the authorities against the driver. They coordinated with the taxi operator and the Land Transportation Franchising and Regulatory Board (LTFRB) to reach Ormillo. The operator gave Ormillio’s residence in Rodriguez, Rizal.

The airport police officers, along with Prado and some barangay officials, went to Ormillo’s residence on Thursday. The driver initially denied that the bag was in his possession. The officers said Ormillo eventually admitted to the act and also confessed of pawning three pairs of earrings and the necklace.

All of these and the other items were recovered, according to MIAA. The agency added that robbery charges would be filed against Ormillo.

MIAA General Manager Ed Monreal has been warning abusive taxi drivers, saying the management will not allow them in the airport premises and victimize passengers.

Monreal is encouraging passengers to keep the dispatch slips being issued by the airport staff, and to report incidents of abuse and overcharging.

MIAA has been banning taxi companies in all of the airport terminals if any of their drivers has been found guilty of wrongdoings.

Last March, MIAA has banned all units of Eazy First taxis, after one of the fleet’s drivers was found guilty of overcharging. (PNA)