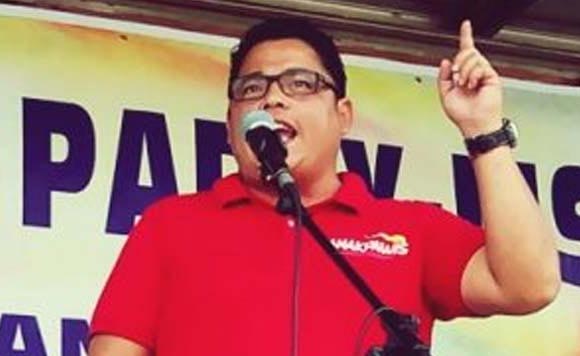 0 1,573
Share
Want more POLITIKO News? Get the latest newsfeed here. We publish dozens and dozens of politics-only news stories every hour. Click here to get to know more about your politiko - from trivial to crucial. it's our commitment to tell their stories. We follow your favorite POLITIKO like they are rockstars. If you are the politiko, always remember, your side is always our story. Read more. Find out more. Get the latest news here before it spreads on social media. Follow and bookmark this link. https://goo.gl/SvY8Kr

A militant solon urged the Duterte administration to just abandon its plan to change the country’s present constitution as more Filipinos reject it.

Anakpawis Rep. Ariel Casilao said the Filipino people overwhelmingly opposed Charter Change based on the recent Pulse Asia surveyand it should be a wake up call for Malacañang and its allies in Congress to discard their plan in changing the 1987 Constitution.

“The government should not belittle the sentiment of the public. President Duterte and his equally power-hungry allies should now stop their effort to change the constitution under the guise of federalism push,” said Casilao.

The results of the June 15 to 21 Pulse Asia survey disclosed that only 28 percent are supportive of a shift to a federal form of government now, while 10 percent remained undecided.

Casilao said that instead of pushing for Cha-Cha, the government should start addressing the people’s clamor to repeal the TRAIN Law and other “anti-people” policies of the Duterte ​a​dministrati​on.​

He said there ar​e​ lots of better things to do rather than changing the constitution which he described as “pro-oligarch, landlord and big businesses.”

“All sectors, groups and individuals who are against charter change should be together in a broad alliance opposing the self-serving maneuvers of Duterte and his allies”, Casilao said.