CBCP on ‘Christians’ who tolerate killings, laugh at insults to God, spread fake news: There will always be people seduced by Satan 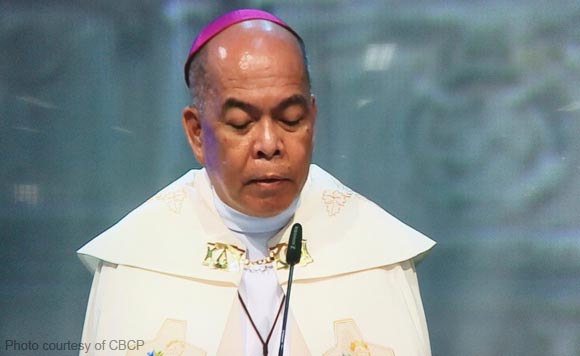 The Catholic Church has launched a massive clapback against the tirade and insults of President Rodrigo Duterte who called God stupid and rubbished Creation and Original Sin as a big joke.

A pastoral letter written by Davao Archbishop and Catholic Bishops Conference of the Philippines president Romulo Valles, urged the priests threatened with murder and millions of Filipinos Catholics ridiculed about their faith to “rejoice and be glad” in response to Duterte’s persecution and insults.

How are we to deal with fellow “Christians” who see nothing wrong about the killings, who just laugh when our God is blasphemed, and who take part in passing on fake news?

There will always be those among us who profess the faith in Christ but are so easily seduced by the empty promises of Satan. Remember him who once sold the master for 30 pieces of silver because he had allowed himself to be mastered by Satan? St. Paul is right in saying, “…there have to be divisions among you in order that those who are genuine among you may become known.” (ESV 1 Cor 11:19)

What is new about priests being murdered for witnessing to Christ? What is new about modern prophets being silenced by the treacherous bullets of assassins? What is new about servant leaders who are maligned because they have carried out their duties as shepherds configured to the person of their Chief Shepherd? Have you forgotten that “the blood of martyrs is the seed of Christians”?