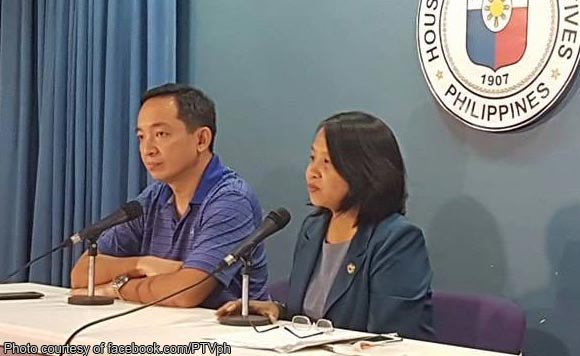 0 1,742
Share
Want more POLITIKO News? Get the latest newsfeed here. We publish dozens and dozens of politics-only news stories every hour. Click here to get to know more about your politiko - from trivial to crucial. it's our commitment to tell their stories. We follow your favorite POLITIKO like they are rockstars. If you are the politiko, always remember, your side is always our story. Read more. Find out more. Get the latest news here before it spreads on social media. Follow and bookmark this link. https://goo.gl/SvY8Kr

The government’s “anti-people policies” should be the one blamed by Duterte Administration over its falling popularity based on the latest Social Weather Station (SWS) survey, militant solons suggest.

ACT Partylist Reps. Antonio Tinio and France Castro both agreed that President Rodrigo Duterte’s ratings will continue to slide down his administration will unable to control the rising prices of goods brought by high inflation due to TRAIN Law.

According to the SWS survey conducted last June 27-30, 65 percent of adult Filipinos were satisfied, 20 percent were dissatisfied, and 15 percent were undecided with the chief executive’s performance causing his net satisfaction rating to drop at +45.

“It is of no surprise that his satisfaction ratings have also dropped and we expect this to continue to fall as his administration continues to implement anti-people policies,” said Tinio.

Tinio stressed that Duterte failed to addressed his campaign promises over “job security, ending contractualization, and salary increase while continuing to implement policies that mainly target the poor like the Oplan Tokhang, the anti-tambay campaign, the regressive TRAIN Law.”

For her part, Castro lamented the administration “has done nothing but to divert the attention from the real issues faced by the poor and target and further oppress and exploit them instead of trying to solve roots of poverty.”

“President Duterte turned his back on the demands of the people for higher wages, regularization of jobs, regulation, lower prices of commodities, justice and peace while prioritizing anti-people policies like the TRAIN law, privatization of social services, Oplan Tokhang and Martial Law in Mindanao,” said Castro.

Tinio added that Duterte’s anti-people policies that burden and kill the poor” have resulted in the further drop in his satisfaction ratings.