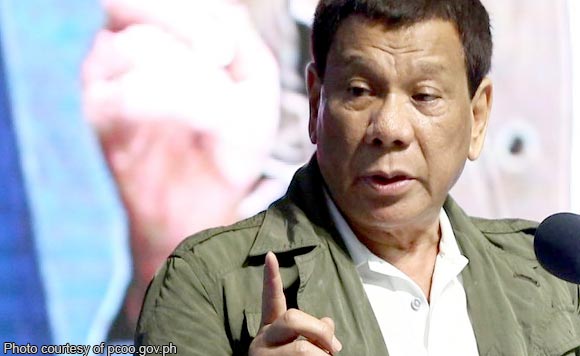 President Rodrigo Duterte is out to prove that he is a president who listens.

In his recent speech in Davao, Duterte said he is willing to declare classes suspension and give the streets of Manila to protesters to give them chance to air their grievances freely.

“Kaya mo akong murahin. Sige okay lang. Mga estudyante. Why? You can even ask for two weeks. I’ll give you the streets of Manila. I’ll declare a two-week vacation ahead. Sige,” he said during the inauguration of the Malayan Colleges Mindanao in his home city on Saturday.

“What’s the principle behind? It’s because you’re the one paying my salary. If you are not satisfied or feel that you are… O ‘di murahin mo ako,” he added.

He said the public is welcome to criticize him and his policies.

“Every Filipino is entitled to criticize me as a matter of right. A general, a school dean, the academe, the UP (University of the Philippines) students, the garbage collector, the military men, the police, wala akong ano niyan because I choose to be elected by the people,” he said.

“And if I fall short of their expectations and they begin to be disappointed, discontent, or whatever, they have every right for I may have failed them in my promises. Kaya okay sa akin ‘yan,” he added.

Get ready with your lengthy chants, giant effigies and tons of vitamins for this!

Continue Reading
DavaoManilaprotestersRodrigo Dutertetwo-week classes suspensionUniversity of the Philippines
0
Share
Politiko would love to hear your views on this...
Trending News
More Stories