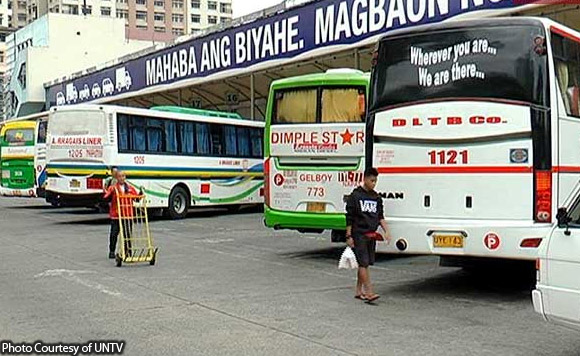 0 734
Share
Want more POLITIKO News? Get the latest newsfeed here. We publish dozens and dozens of politics-only news stories every hour. Click here to get to know more about your politiko - from trivial to crucial. it's our commitment to tell their stories. We follow your favorite POLITIKO like they are rockstars. If you are the politiko, always remember, your side is always our story. Read more. Find out more. Get the latest news here before it spreads on social media. Follow and bookmark this link. https://goo.gl/SvY8Kr

Provincial buses can still ply along EDSA until the end of July.

This after the Metropolitan Manila Development Authority (MMDA) announced Thursday that the ban on provincial buses to ply along EDSA at certain hours has been moved from July 15 to August 1.

The MMDA also changed the hours during which provincial buses will not be allowed to use EDSA.

“The changes were agreed during an emergency meeting with provincial bus operators and other stakeholders recently,” said MMDA General Manager Jojo Garcia.

The ban will only be implemented on weekdays.

A dry run will be conducted on July 24, a day after President Duterte’s third State of the Nation Address.