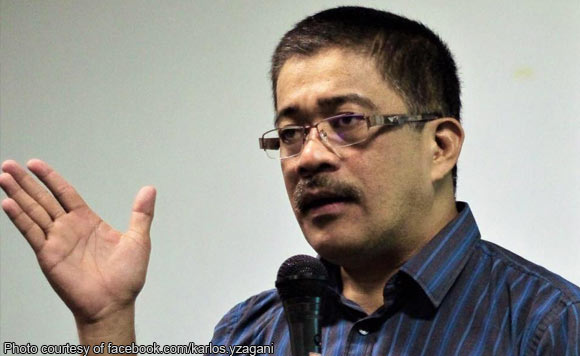 0 677
Share
Want more POLITIKO News? Get the latest newsfeed here. We publish dozens and dozens of politics-only news stories every hour. Click here to get to know more about your politiko - from trivial to crucial. it's our commitment to tell their stories. We follow your favorite POLITIKO like they are rockstars. If you are the politiko, always remember, your side is always our story. Read more. Find out more. Get the latest news here before it spreads on social media. Follow and bookmark this link. https://goo.gl/SvY8Kr

The Makabayan bloc has cried foul over the reports of human rights violations during the ongoing rehabilitation efforts in Marawi City.

The progressive lawmakers on Wednesday filed House Resolution 1973 seeking to investigate alleged abuses and other concerns of the people of Marawi.

Citing various reports, the resolution said more than 50 civilians were killed, 380,000 were displaced and 1,780 were held hostage during the Marawi siege.

Some 980 militants were also reportedly killed, most of them were not identified, while 165 police and military personnel were killed and more than 1,700 injured.

More than 11,000 homes were likewise destroyed while over 27,000 families were displaced.

A National Interfaith Humanitarian Mission has also documented several cases of alleged rights violations, such as cases of extrajudicial killings, disappearances, and torture of Marawi residents, whom soldiers accosted while evacuating, the resolution said.

The lawmakers also said many Marawi City residents have expressed concern that there is no clear and comprehensive rehabilitation plan for the internally-displaced persons.