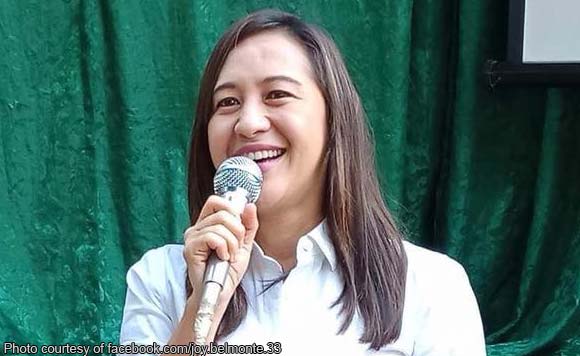 0 1,314
Share
Want more POLITIKO News? Get the latest newsfeed here. We publish dozens and dozens of politics-only news stories every hour. Click here to get to know more about your politiko - from trivial to crucial. it's our commitment to tell their stories. We follow your favorite POLITIKO like they are rockstars. If you are the politiko, always remember, your side is always our story. Read more. Find out more. Get the latest news here before it spreads on social media. Follow and bookmark this link. https://goo.gl/SvY8Kr

Quezon City Vice Mayor Joy Belmonte is questioning the decision of the Land Transportation Franchising and Regulatory Board to ban the use of tricycles as school shuttles.

“LTFRB should have consulted the local government units first before implementing the ban since, in Quezon City, for example, this is already covered by a local ordinance designed to address a localized issue,” Belmonte said.

The lady politiko pointed out that tricycle fares are cheaper and the three-wheeled vehicles are more practical to use than school buses.

“I understand that LTFRB wants to ban tricycle school service. But that is not the issue. The issue here is the overloading and colorum,” she said.

“Tricycle [regulation] is under the local government unit. And then, the fare is much lower. In the first place, a school bus cannot pass through a small alley,” she added.

In 2014, the city council passed Ordinance No. SP-2337-2014 or “The Quezon City Tricycle Management Code of 2014” that comprehensively addresses the aspects of tricycle operations, regulations, and social protection for the local tricycle sector.