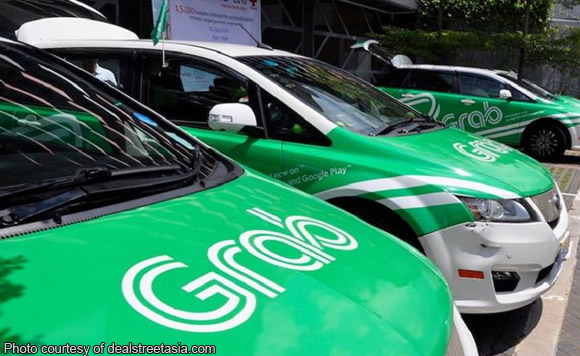 0 879
Share
Want more POLITIKO News? Get the latest newsfeed here. We publish dozens and dozens of politics-only news stories every hour. Click here to get to know more about your politiko - from trivial to crucial. it's our commitment to tell their stories. We follow your favorite POLITIKO like they are rockstars. If you are the politiko, always remember, your side is always our story. Read more. Find out more. Get the latest news here before it spreads on social media. Follow and bookmark this link. https://goo.gl/SvY8Kr

Ride-hailing giant Grab has agreed to provide subsidy for their driver-partners to compensate for P2 per minute travel charge suspended by the Land Transportation Franchising and Regulatory Board.

Grab Country Head Brian Cu said in a statement Tuesday at least P100 million had been allotted for the fare subsidy scheme which began Monday.

Under its fare subsidy scheme, Grab will offset the cost of an hour-long trip should the fare fall below P330.

“For example, if a ride from Makati to Bonifacio Global City takes an hour because of heavy traffic despite the short distance and [the] fare is computed at P120 only, Grab will return to the driver the P210 difference to make sure he [makes] P330 for that hourlong trip,” Cu explained.

He noted that the subsidy would go on “as long as it is needed and as long as we have the resources.”

“The move would ensure that its driver-partners still earn decent incomes while ensuring trips remain affordable for its passengers,” Cu said.

He explained that Grab drivers ideally should earn at least P330 per hour to sustain their daily operations.

But the suspension adversely affected its drivers who complained that their earnings were not enough anymore, Cu said.

He hoped that the subsidy would encourage more Grab drivers to stay on the road to service the increasing number of bookings every day.