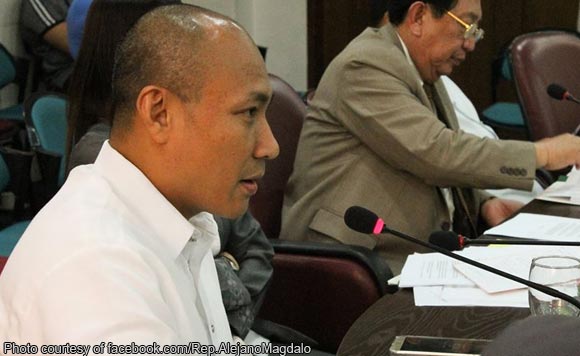 Who would you believe between an ex-soldier and a Cabinet member?

Magdalo Party-list Rep. Gary Alejano engaged in word war versus Foreign Affairs Secretary Alan Peter Cayetano. He slammed the ex-senator for dismissing his warnings that the Chinese are growing even more aggressive in their takeover of islands at the West Philippine Sea.

Cayetano is apparently claiming that Alejano’s tirades are unfounded and are merely driven by politicking.

“Dati akong sundalo. Hindi ko ipapahamak ang mga kasamahan ko sa AFP. As a military man, I was trained to serve and fight for the country. I have put my life in danger several times to defend our nation,” Alejano lashed back.

“I cannot accept someone who has dubious patriotism himself to question my intentions.”

“Time will come that those government officials fiercely defending China’s interests will be exposed on their concessions with China,” Alejano said, insinuating sweetheart deals between the Chinese and the Duterte Cabinet.

Rico Golez shares his secret to his quarantine hairdo

Ruffy Biazon gets a taste of dad’s home cooking