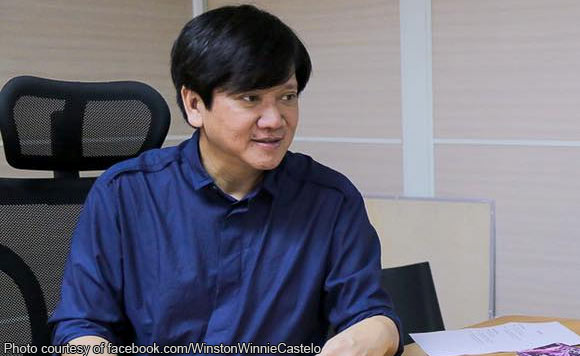 0 2,277
Share
Want more POLITIKO News? Get the latest newsfeed here. We publish dozens and dozens of politics-only news stories every hour. Click here to get to know more about your politiko - from trivial to crucial. it's our commitment to tell their stories. We follow your favorite POLITIKO like they are rockstars. If you are the politiko, always remember, your side is always our story. Read more. Find out more. Get the latest news here before it spreads on social media. Follow and bookmark this link. https://goo.gl/SvY8Kr

Quezon City Rep. Winston Castelo has urged the Land Transportation Franchising and Regulatory Board (LTFRB) to recognize the ride hailing motorcycles as public transport and put it under its supervision.

Although the regulatory board has refused to consider motorcycle taxi or habal-habal as legal mode of public transport due to the safety of passengers, it is still becoming more popular due to the worsening traffic problem particularly in Metro Manila.

Castelo said under a Department of Transportation order, the LTFRB has been given full authority over Transport Network Companies (TNCs).

Castelo, however, said the new Transportation order gave the LTFRB full authority on all TNCs, which should include motorcycle taxis being powered by a ride-sharing application.

The politiko said the LTFRB should face reality and recognize that more than cars, motorcycles need regulation as public transport due to safety considerations for passengers.

“Motorcycle taxi ferries passengers faster and cheaper but the safety of passengers should be assured,” Castelo said.

He said the use of motorcycle taxis is only practical since it is an alternative to poor mass public transportation.

“More Filipinos will have an opportunity for a gainful livelihood from motorcycle since it is cheaper to own than cars,” he said.

Castelo said the LTFRB regulation should particularly address the need to avoid colorum vehicles and measures to ensure the safety of motorcycle passengers.

The government will also earn taxes from the regulation of motorcycle taxis, he added.