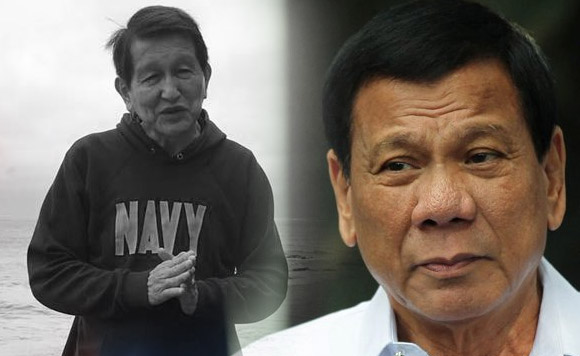 Duterte visited the wake of the former National Security Adviser at the Heritage Park in Taguig City in the wee hours of Thursday.

He extended his condolences to Golez’s wife Natalia, son Rico and daughter Guada.

He stayed at the wake for almost two hours.

Duterte and Golez worked together during the 11th Congress of House of Representatives, as Davao Rep. and Parañaque Rep., respectively.

He also served as National Security Adviser during the term of then-President and now Pampanga Rep. Gloria Macapagal-Arroyo.

Golez’s remains will be transferred at 10 a.m. Thursday to La Funeraria Paz in Sucat, Parañaque and will be brought back in Taguig on Friday.

A mass will be held at 9 a.m. on Saturday before the burial.

Golez died of a heart attack last Monday at the age of 71.