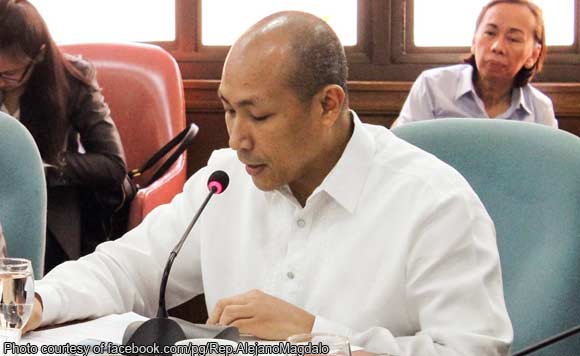 Magdalo party-list Rep. Gary Alejano is not shocked hearing the government and the military denying his claim that Malacañang has ordered the military to stop patrolling the West Philippine Sea.

“It is expected especially sa Armed Forces. I expect that they will deny it because they cannot go against the policy direction of the President,” Alejano said.

He insisted that he would not disclose such information without basis but still refused to reveal his source.

“But do you think I will expose my source at sasabihin ko ito ang source ko? I don’t think so,” he added.

Alejano first disclosed the information in a news forum on Saturday, which he said he got from someone who holds high position in the military.

“I do not know where Cong. Alejano got that supposed instruction from the Commander-in-Chief. Malamang kuryenteng balita ‘yan if not yet another malicious imputation on the President dragging the AFP in,” Arevalo said.

But instead of dismissing his claims as “fake news”, Alejano said the government should address the issue on the West Philippine Sea head on.

“Ang gusto naming mangyari sa kanila, they address the issue right away, imbestigahan nila. Hindi yung maging defensive to the point of even explaining the side of China,” the politiko said.