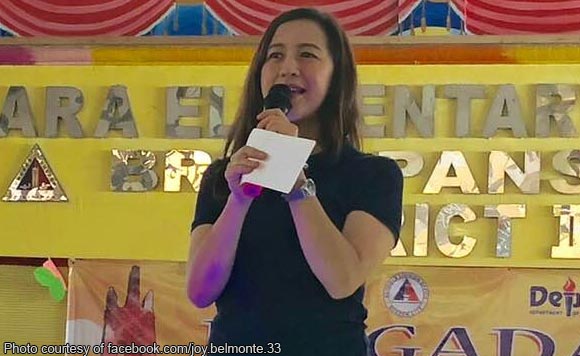 Not the kids please!

Quezon City Vice Mayor Joy Belmonte has urged her fellow politikos to spare schools from politicking and grandstanding in next year’s elections.

“To avoid turning graduation rites into political events, public school officials must not invite or allow candidates to speak in any commencement or moving-up ceremonies, especially in the months or weeks leading to the May 2019 mid-term elections,” Belmonte said.

She noted that with the upcoming election season, those running for public office would naturally compete for a chance to appear and speak in public events including graduation ceremonies.

“Perhaps our local division [schools division office of Quezon City] can consider this to maintain order and fairness in 2019 graduation ceremonies,” she said.

“I have suggested this to our division superintendent several times [that] those who are running for public office are not allowed to speak to avoid politicking. They can only attend and be recognized,” she added.