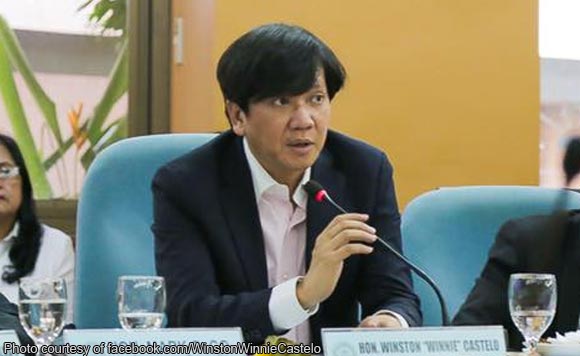 Having problems with mobile phone loads getting expired?

Quezon City Rep. Winston Castelo may have a solution to that soon.

The politiko has filed a bill to prevent telecommunications companies from imposing expiry dates on call and text cards and forfeiting load credits.

He stressed that prepaid credit expiry “is a form of robbery of consumers since the phone services are already paid for in advance and thus mobile phone users subjected to the limit in the use of their credits do not get the full value of the money they spent.”

“These companies already earn a huge profit from those messages. Imposing a time limit on the use of call and text credits is the height of corporate greed since it forces consumers to buy a bigger amount just to have a longer expiration date,” he added.

Castelo likewise slammed the recent order of National Telecommunications Commission for prepaid cards worth at least P300 to have a one-year validity saying that it “discriminates against the poor who can only afford less prepaid loads.”

Castelo’s bill seeks to prohibit the imposition of an expiration period on the validity of unused prepaid call and text cards, forfeiture of load credits stored in an active prepaid phone account and refusal to give a refund to prepaid subscribers whose load credits were forfeited without any valid cause.

It imposes penalties on violators, including imprisonment of up to six years, a P500,000 fine and revocation of the telco’s license.